All hail the coolship. It’s a shallow, open-top vat where wort-to-be-beer cools, collecting airborne bacteria and yeast that will ferment the beer spontaneously. It’s a vessel where powerful, unpredictable forces of nature take place, yielding complex beers with highly nuanced aromas and flavors.

Jeff Sparrow’s book Wild Brews (Brewers Publications, 2005) identifies the coolship as the most classic cooling method in brewing. “All breweries once had to use some form of a coolship,” Sparrow writes. “It is shallow to promote the greatest contact with the air to induce as rapid a cooling as possible. Windows or slats in the coolship room, open to the outdoors, allow the cool outside air to come into contact with the beer.”

The first coolship at Jester King Brewey in Austin, Texas, was a makeshift, miniature one. “The very first batch we brewed was a barrel-aged wild ale, inoculated with wild yeast isolated from local air using a miniature coolship,” says Co-owner and Brewer Ron Extract. “That is, a pan of wort left overnight on the roof of the brewery.”

The crew at Jester King conducted a series of these coolship pan experiments and sent the results to a lab at the Brewing Science Institute in Woodland Park, Colorado, where the wild yeast strains were isolated and cultured. “Over time, we created a unique blend,” Extract says. Now all of Jester King’s fermentations incorporate dozens of different types of yeast and bacteria—including this harvested naturally occurring wild yeast, Saccharomyces yeast, Brettanomyces yeast, and lactic acid. 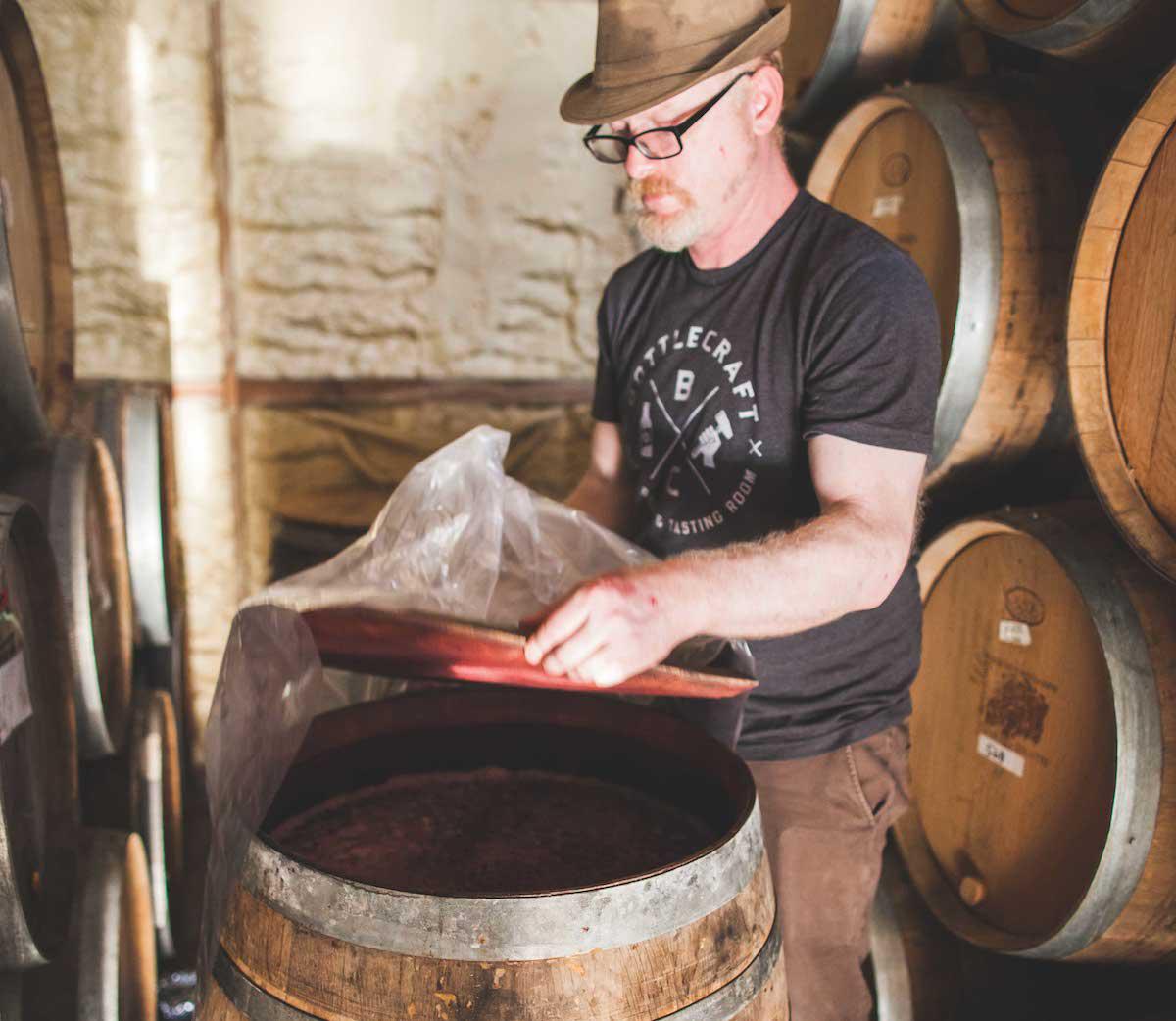 “At this point it is truly a house yeast—the blend of microorganisms is truly unique. When you have a mixture, they mutate and change and become even more unique,” Extract says. “Head Brewer Garrett Crowell is principally responsible for this blend. He’d done a lot of that as a hombrewer, and we are really impressed with what he’s been able to achieve with local flowers, berries, etc. Adding those to fresh wort props up the microbes available [for fermentation].”

What started on the roof of Jester King’s farmhouse brewery established Jester King as one of the few breweries in the country cultivating wild yeast for its beers. Their use of microflora went beyond inventive ingredients and funky flavors—it became inherent to Jester King’s brewing process.

“As a small hands-on artisan brewery we’ve moved away from that model of making beer that’s completely predictable and consistent,” Extract says. It’s just the opposite, in fact. Since they specialty fabricated an eighteen-barrel, stainless steel coolship in 2013, Jester King has been able to produce its first 100 percent spontaneously fermented beers. Each beer cooled in the coolship will age anywhere from eighteen months to five years, Extract and crew guess, and they plan to use a coolship several times each year. 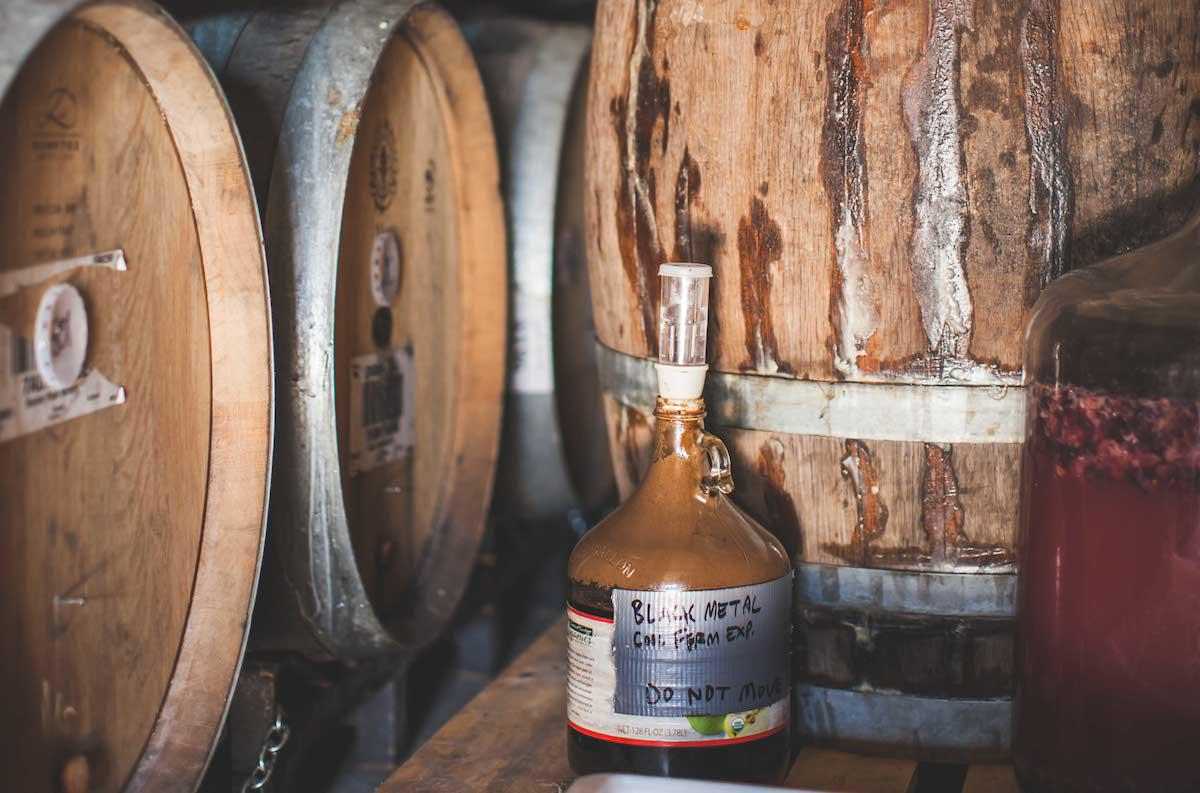 “[For these beers], we rely purely on outside yeast,” says Extract. “We’re not adding any yeast directly to the wort. The yeast comes from the air. That’s wild fermentation. It’s all airborne yeast and bacteria and other organisms responsible for that fermentation.”

Wild yeast is just that—it’s highly variable and rarely yields the same results in a beer. For some larger brewers, such inconsistency would be lethal, but for Jester King, it has become a part of their identity. “Our beer is live performance art,” Extract says, comparing the brewery’s beers to Broadway shows and live concerts. When you go to see a play, you don’t want to go and see a performance exactly identical to the last time. That’s not the point of live concerts, either. “You can’t order our beer and expect it to taste the same. And we hope that’s what our customers enjoy. It’s a totally different approach to brewing—we’re not trying to control things.” 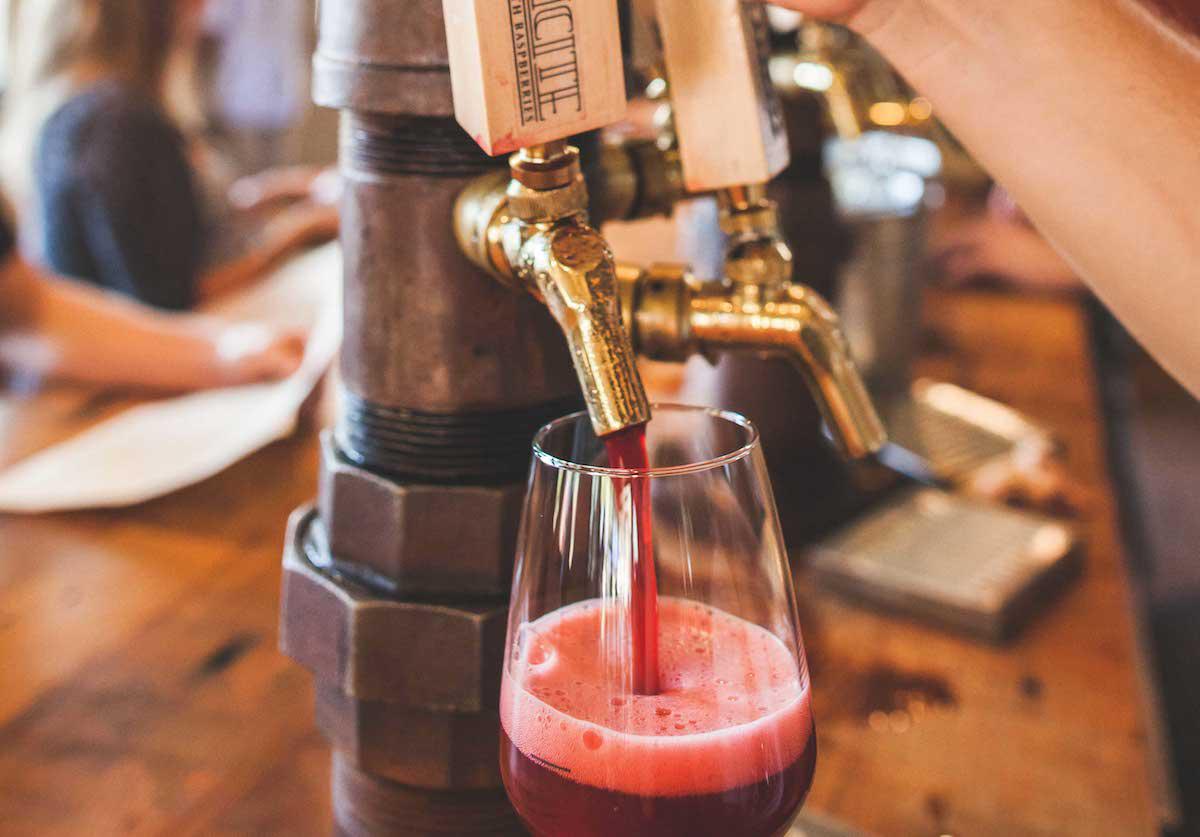 Beyond simply harvesting wild yeast, a wild-beer brewer’s job becomes to create an environment in which that yeast thrives. More desirable beer flavors, Jeff Sparrow points out in Wild Brews, can be achieved by surrounding a coolship with porous items such as wooden barrels.

“Part of our job is acting as agents of selection,” says Extract, “[We want] to pick the best barrels and piece together individual flavor components to create a complete, well-rounded beer.” Jester King’s coolship is placed in its barrel room to help inoculate cooling wort with organisms resident in the facility. “We’re trying to guide the beer and create the right conditions so things happen on their own. Our job is to act as curators.”

To date, the coolships of the world have become a rarity and can be found only at the breweries with the patience, time, and resources to create hospitable conditions for wild yeast. But as Jester King has proved, you don’t need an official coolship to harvest native yeast. In fact, any vessel will do. Here’s some advice for homebrewers who are serious about spontaneous fermentation.

“Part of our house culture came from some flowers that are native to our ranch. Capturing yeast from these was as simple as plucking a handful and putting them in a one gallon jug of unpitched wort,” says Head Brewer Garrett Crowell.

Experiment by adding fresh, in-season berries or flowers to 250 to 500 milliliters of unhopped wort. If you want to harvest only yeast, Crowell says, add some hops with 20+ IBUs to the wort to prohibit bacterial growth. When culturing this yeast, try curing part of the yeast exposed to ambient air and part of it without oxygen. Let some wort ferment with native yeast and bacteria and let some ferment with a mixture of native yeast and lab-cultured strains of Saccharomyces. These various trials will serve, quite literally, as litmus tests for finding desirable flavor profiles in beer. “This method will vary, as we’ve repeated it with other types of flowers and berries with no success,” says Crowell. “The biggest secret to embracing your local flora is patience.”

In Wild Brews (Brewers Publications, 2005), Jeff Sparrow has a few more recommendations for homebrewers hoping to embrace their backyard microflora. The first is to find a source of wild yeast (e.g., fruit trees or a nearby orchard). The more windy the climate, the more likely the yeast and bacteria in the air are to find your wort. He also suggests surrounding your fermentation room with porous wood and even splashing some live beer, such as gueuze, around the fermenting beer. “The presence of beer in a room should eventually induce the ‘permanent’ growth of various beer-fermenting and beer-souring microorganisms. . . . The more beer fermented in the space, the more microorganisms will produce in and around the beer.”

Méthode Gueuze: Made In America

A new wave of neo-traditionalist brewers is paying homage to a crucial brewing tradition by creating language descriptive of the process, not the product. Witness now, the birth of “méthode gueuze.”