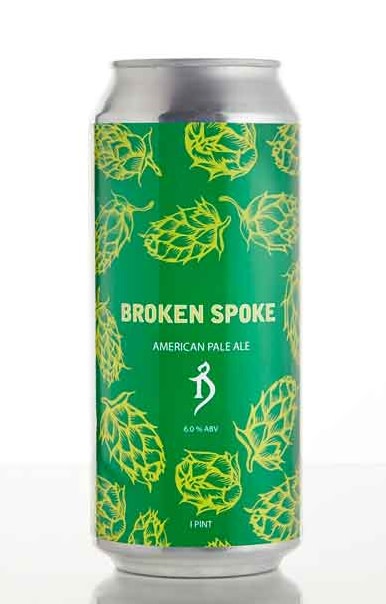 “An American pale ale made entirely with Amarillo hops.”

Aroma: “Moderate dank hops with light onion and a touch of light tartness, perhaps cherries. It’s got a good multi-dimensional hops element on the nose with its dank, piney, earthy weed and the orange, lemon, and grapefruit. It’s bright and fresh and has a lot of West Coast in it.”

Flavor: “Lots of hops going on, with a slight tartness up front and a sturdy body behind it. The sharp, hoppy, earthy flavors have a touch of pine, resin, and dankness with moderate-to-high bitterness. Notes of tangerine, pineapple, and mandarin show through and are not smooth and straight fruit, but more like a more aggressive West Coast IPA. The bitterness and hoppy resin linger on the tongue after the taste.”

Overall: “There is a pronounced bitterness that's amplified by the touch of acidity. It’s an aggressive beer with sharp elbows that doesn’t back down—definitely more of what one would expect in a West Coast IPA. It presents those boldly bitter and piney hops on a fastball right over the plate.”

Haze Charmer emerges from a soft, swirling cloud of oats and unmalted wheat. Vigorous dry-hopping adds a second phase of haze, propping up the oils of El Dorado and Citra hops. Each sip delivers notes of juicy pineapple, fresh grapefruit and candied peach balanced by a hint of white pine and low bitterness. A soft, juicy and hazy pale ale, Haze Charmer is here to cast its spell on you. We taste: juicy pineapple, candied peach and a hint of white pine.

This spectacle of haze-craft features a lupulin-laden power-combo of Citra, El Dorado, Nelson, and Amarillo hops, resulting in a glorious detonation of tropical fruit and peach character that’s like summer vacation in liquid form.

Juicy and tropical notes are lifted to new heights by the addition of our iconic wood-aged sour for a flight of refreshing acidity. Hazy and partly sour with a chance of another.

Combining our brewery's super soft water, traditional floor malted barley and the finest German hops, this unfiltered keller pilsner is crushable. Brewed as a traditional European pilsner, this is what beer tastes like pouring from the wooden vats used to make lager beer for centuries.