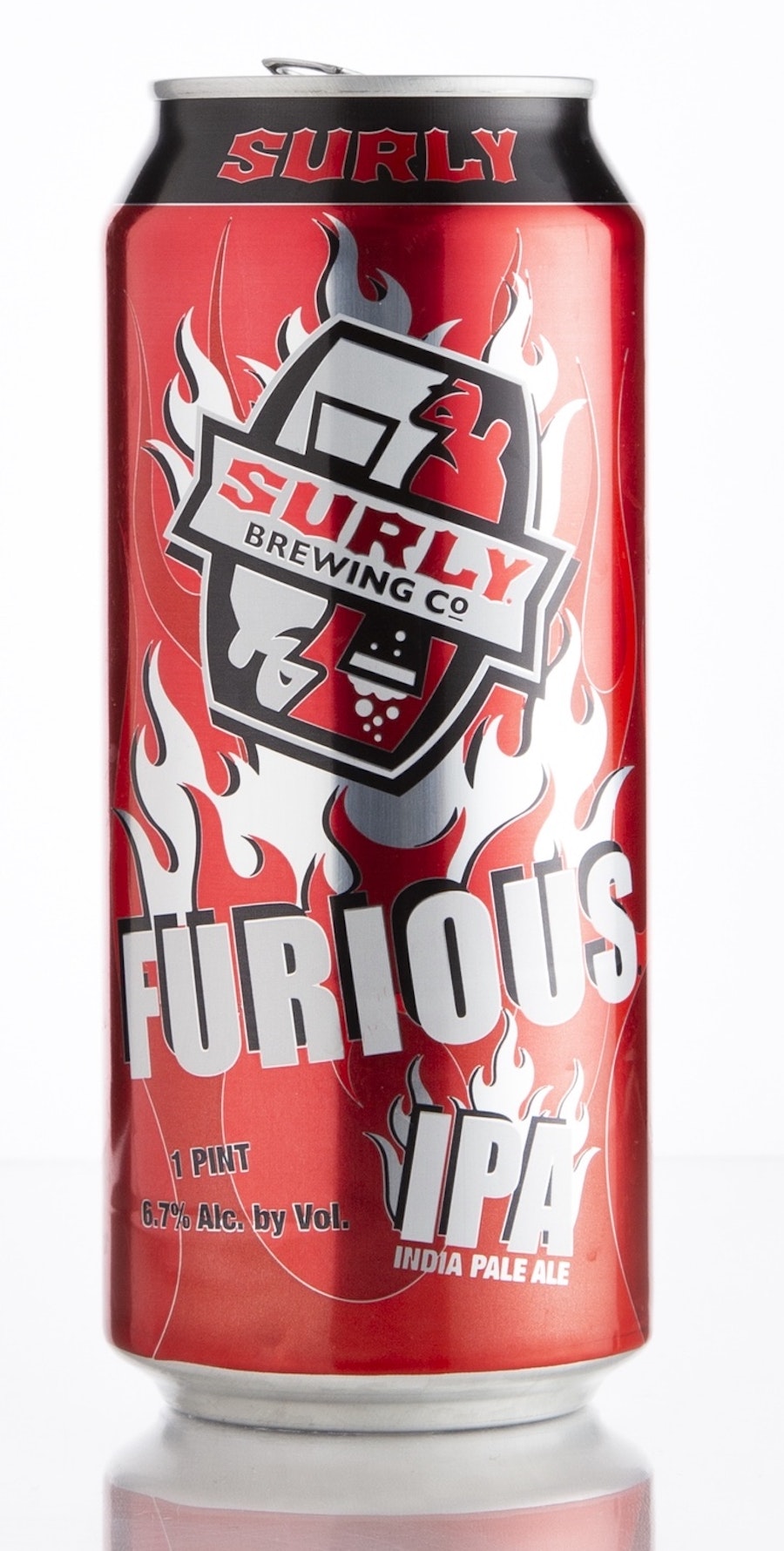 "Like Hops? You’ll like this fire-hued beer. This is the beer I have always dreamed of making. This is the beer that would come to mind while spending the last two years tearing down walls, hanging sheetrock, moving kegs, power washing the ceilings, arguing with various agencies, and cutting the water main. Without Golden Promise malt, made by family-owned Simpsons Malt, Furious would just be pissed offed. From Scotland, this malt is still produced in the tradition of turning over the barley by hand, resulting in a malt that is unsurpassed in its quality. Golden Promise is also used extensively by premium whisky distilleries such as The Macallan. This malt provides the backbone for the intense hop character. Four American hop varieties are used at a rate of over three pounds per barrel. The result is a rich malt sweetness infused with bright hop flavor and aroma from beginning to end. Oh yeah, it’s about 6% alcohol and around 100 IBUs."

Aroma: "Bright caramel malts up front with a significant focus on the malt. Medium herbal hop character that reminds us of tea. Malt all day."

Overall: "Overly dry with a really herbal character that is somewhat off putting. The malt sweetness does provide a slight refuge but it is very short lived. The black herbal/burnt herbal character dominates."