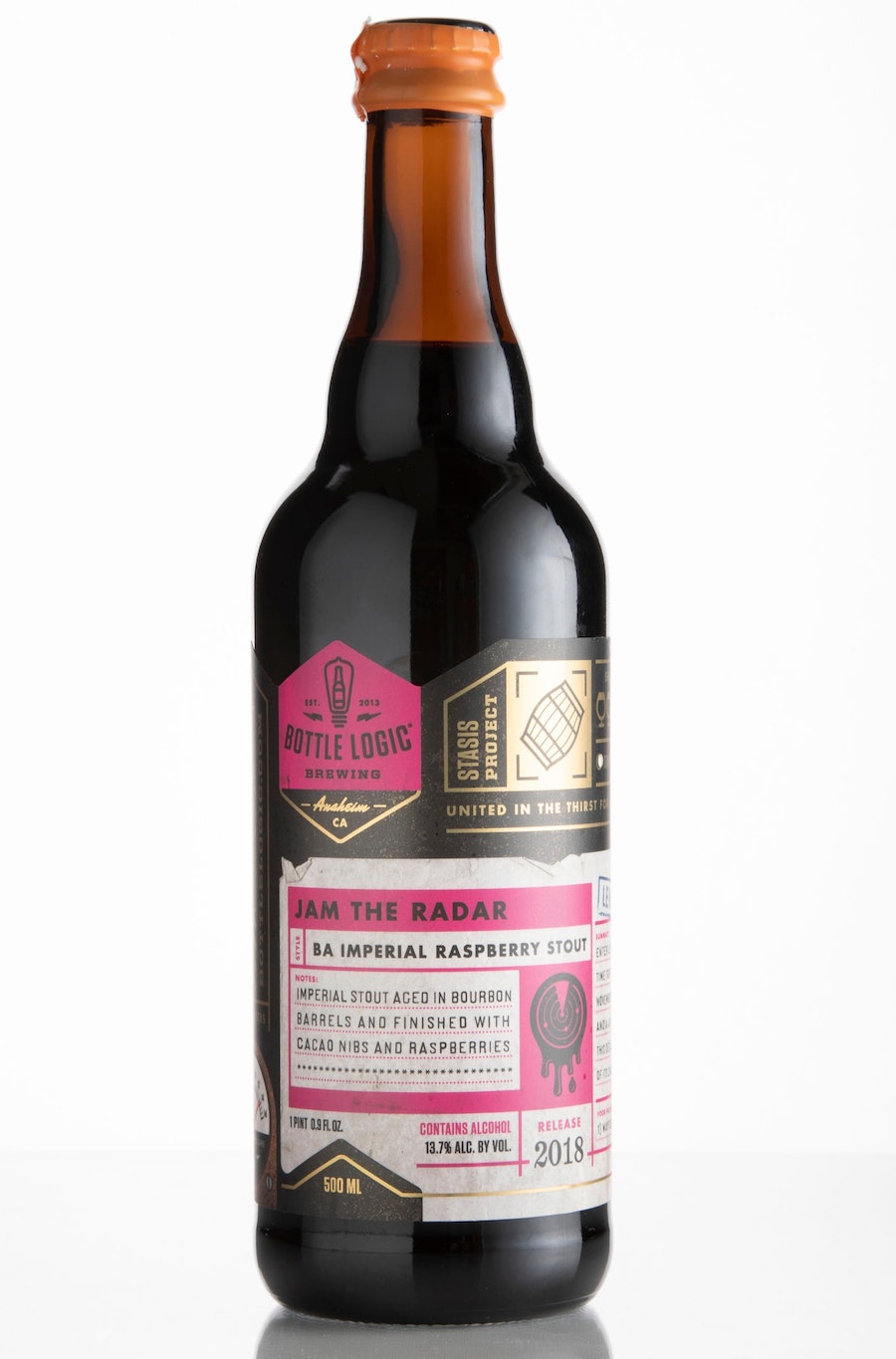 “Bourbon barrel–aged imperial stout with cacao nibs and raspberries: A sci-fi spoof on our Darkstar November, this decadent dessert beer drinks like the liquid form of its chocolate truffle inspiration!”

Flavor: “Similar to the aroma. Strong chocolate and raspberry character. Rich and dessert-like, decidedly sweet without being overly cloying. The whiskey character adds nice vanilla warming notes on the finish.”

Overall: “This is like a box of chocolate-covered bourbon raspberries that were turned into an eyebrow-raising beer.”