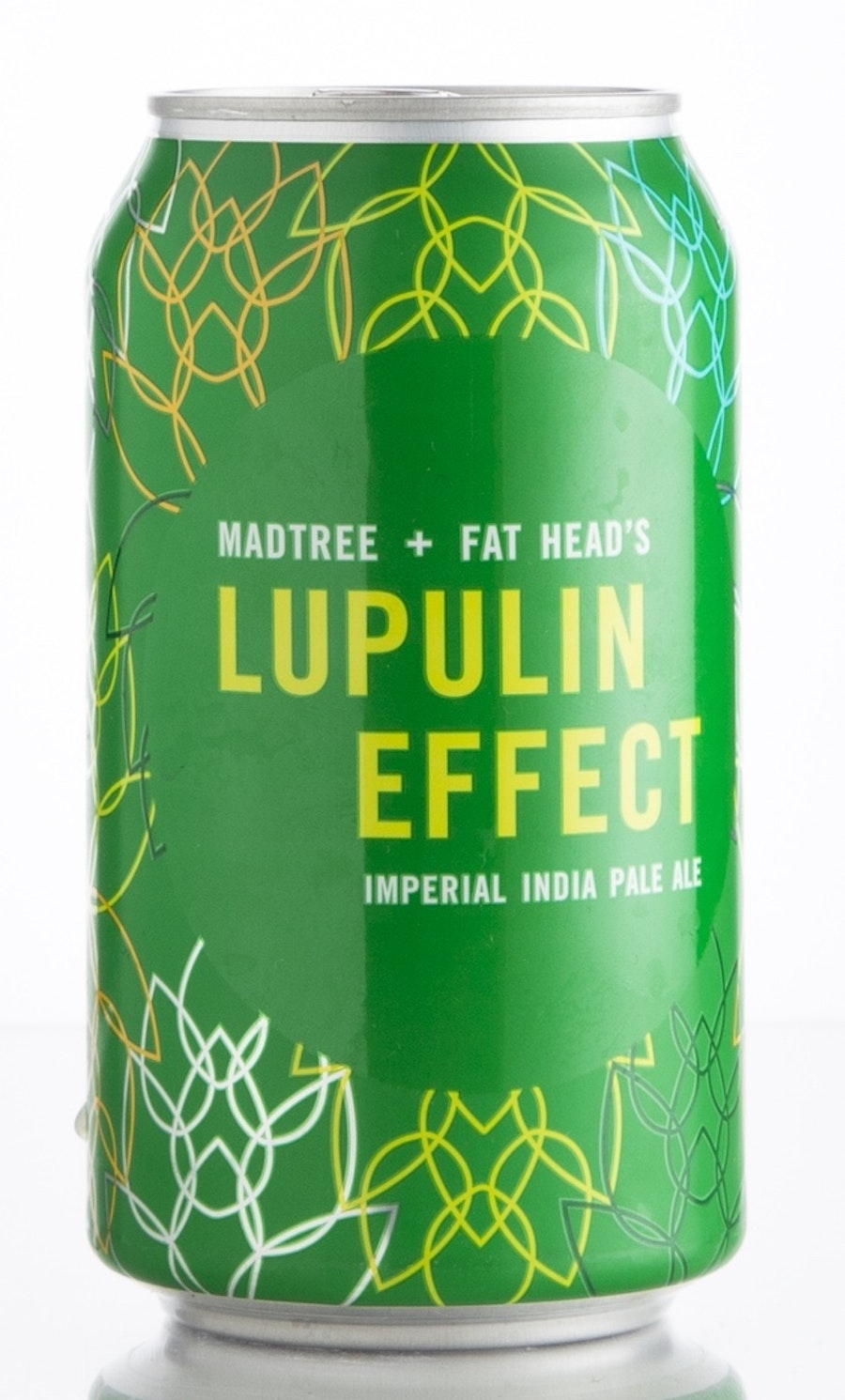 “Ohio’s hoppy beer artisans, Fat Head’s and MadTree, have teamed up to brew an aromatic, juicy, and flavorful IPA called Lupulin Effect as a follow-up to last year’s General Sherman Rye Pale Ale. This IPA features copious amounts of Chinook, Citra, and Denali hops—including a dose of Denali whole-leaf hops in the mash.”

Aroma: “Grapefruit and lemon with a bit of stone fruit. Pine and herbal behind that. Mostly Old School with a bit of New School thrown in. As it warms, melon, cucumber, and some tropical fruit with a touch of alcohol heat.”

Overall: “A dank, boozy IPA that is what this style is known for.”