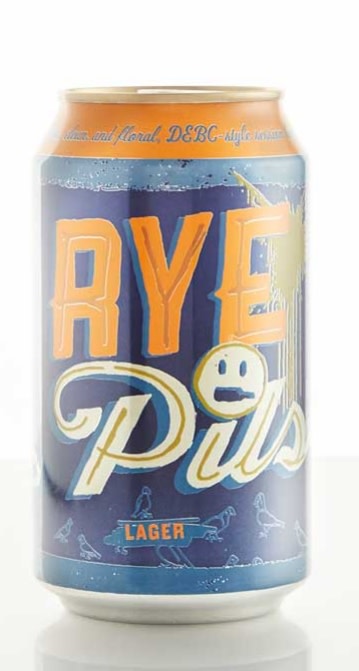 “We’re reinventing the traditional American Pilsner by taking it further. Unfiltered, mashed with flaked rye, and brewed with American hops of noble Germanic descent, or the way it should have been done the first time.”

Aroma: “Pepper-like rye spice hits up front, with a bit of cinnamon and a medium, woody hops aroma. Some fruity, Kölsch-like esters, with a little citrus, apple, pear, and banana. Some biscuit toast in the back.”

Flavor: “The prominent malt body has some nice biscuit sweetness. A little pepper character adds complexity, but it’s not too bitter. Detectable yeast esters of ripe pear and apple balance the bitterness of the hops. Finishes clean, smooth, and crisp with great carbonation.”

Overall: “I loved the carbonation in this beer. The rye seemed to fit and work with the malt. Lots of flavor that’s complex and interesting, although perhaps too full for a Pilsner. This beer is about the rye, and the hops do not get in the way.”