Kveik: The Ancient and Modern Way to Brew

For hundreds of years, the farmers of western Norway have been brewing beer for themselves, for friends and family, for everyday drinking and, especially, for special occasions, such as weddings and festivals. Few from outside the area paid much attention.

A university lecturer from Oslo wrote a book about the country’s farmhouse-brewing traditions in 1969, detailing the differences between “mainstream” brewing and the art as practiced in the land of the fjords—how Norway’s farmhouse brewers used juniper infusions to sterilize their brewing equipment and make their wort, how they saved their yeast between brews, how they often did not boil their wort, and how sometimes they did not use hops. But his conclusion was that farmhouse- beer making was a dying tradition, and while homebrewing might continue “for some years yet,” it was inevitably doomed.

Happily, this was far too pessimistic: Half a century on, there were still several hundred, at least, homebrewers in the glacier-carved lands facing the Atlantic who maintained the old traditions. But what they were brewing was, until very recently, almost entirely unknown to the wider world. There had been an explosion in interest in beer and brewing techniques in the past few decades, and the numbers of breweries in countries around the world had soared, as did the numbers of homebrewers. Nobody, however, was particularly noticing what a few Norwegian farmhouse brewers were up to—not even other Norwegians.

Lars Marius Garshol, a software engineer by profession, who lives just outside Oslo, Norway’s capital, is a beer enthusiast who had traveled the world—Germany, Belgium, the United Kingdom, the United States, the Czech Republic—before he discovered, about 5 or 6 years ago, what was going on almost in his own backyard. Ironically, it was being introduced to farmhouse beer in Lithuania that did it.

Garshol was deeply impressed with the beers he found being produced by brewers in the Lithuanian countryside who had no contact with mainstream modern brewing. He then remembered reading that Norway had a tradition of farmhouse brewing as well. Garshol began exploring the beers being produced in Norway’s west and found himself, in his own words, “stunned by what was being made.”

His blog opened others’ eyes to what was happening in western Norway and, in particular, to the yeast, or yeasts, that many (though far from all) Norwegian farmhouse and homebrewers were using in places such as Voss, Hardanger, Sogn, and Hornindal, all at about the same latitude as southern Alaska. These were collected at the end of each brew, dried and re-pitched sometimes months later, in the next brew.

The yeast had evolved to survive this drying out and to ferment at far higher temperatures than modern brewers use because Norwegian farmhouse brewers pitched very warm to try to lessen the time for infectious organisms to get into their wort. The yeasts were called in the dialect of western Norway kveik, a word connected with expressions for kindling—this was the substance that “started the fire”—and also with the English word “quick,” in the sense “alive” (as in “the quick and the dead”).

Kveik is not, Garshol and others emphasize, the name of a beer style. Richard Preiss, cofounder of the Canadian yeast company Escarpment Laboratories, based in Guelph, Ontario, has done a great deal of work studying Norwegian farmhouse yeasts, in particular their genetic makeup and links with other brewing yeasts, and he has helped make Norwegian farmhouse yeasts available to commercial and homebrewers.

He says, “The main annoyance for me is the confusion about what kveik is. Kveik is the yeast, not the beer. If you ask a farmer in Norway for kveik, he will give you yeast. So it’s important for brewers to use the right nomenclature (e.g., ‘Kveik Pale Ale,’ ‘Traditional Vossaøl’ instead of ‘We brewed a kveik’).”

Another misunderstanding, Preiss says, is that although this is farmhouse yeast, kveik is genetically not close to saison yeast strains at all. ”So brewers probably shouldn’t make saison with kveik.”

That apart, he says, the appeal of kveik, particularly for amateur brewers, is that it can ferment at a broad temperature range with good flavors.

“This means that homebrewers don’t need to invest in expensive or complex cooling tools to make good beer in the summer. But the flavor diversity is also important,” Preiss says. “Kveik yeasts do produce distinct flavors, and this can be used to create beer flavor profiles previously unknown. Brewers in the United States are using kveik yeasts in both traditional approximations and in beer styles where the fermentation and flavor characteristics are desirable. In particular, kveik seems popular in NEIPAs.” 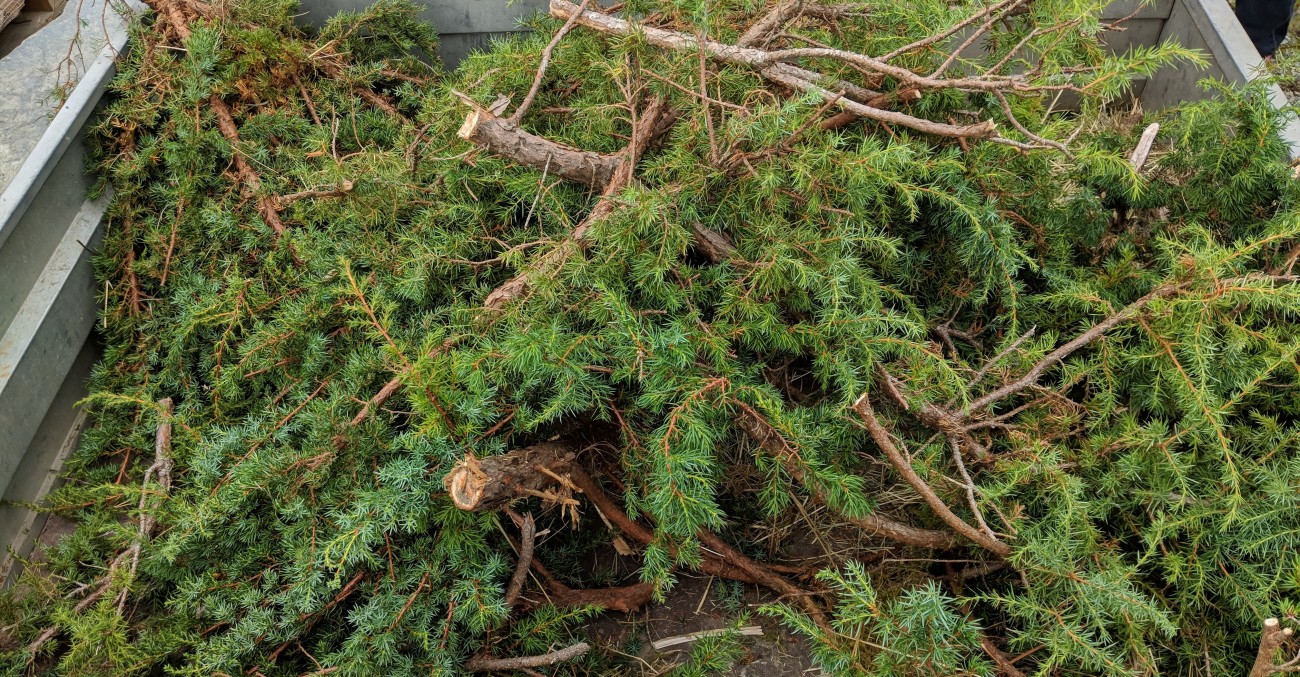 New Life for an Old Method

Garshol is also happy to see kveik used to make beers that would not be regarded as traditional in the lands where kveik originated. “I think everyone should be allowed to brew the beer they want without being criticized for it, and one of the exciting things about farmhouse brewing is all the new ingredients and methods that it teaches us. Those can be combined with modern ingredients and methods in lots of new ways, and I think that’s really interesting when it’s done well. It’s less successful, I feel, when people take some farmhouse ingredient or method and then drown it in hops, so that you get yet another IPA with a slight twist on it.

“Having said that, I think it would also be great if people could learn to brew the original styles before they wander away from them. What we’ve seen so far is a lot of people just picking individual tricks from farmhouse brewing without considering the original style that much. That is a shame because these styles have been honed over centuries and really showcase what you can do with the original methods. Also, they represent something that’s fundamentally new, to modern brewers, and different, which I think is what’s exciting.” 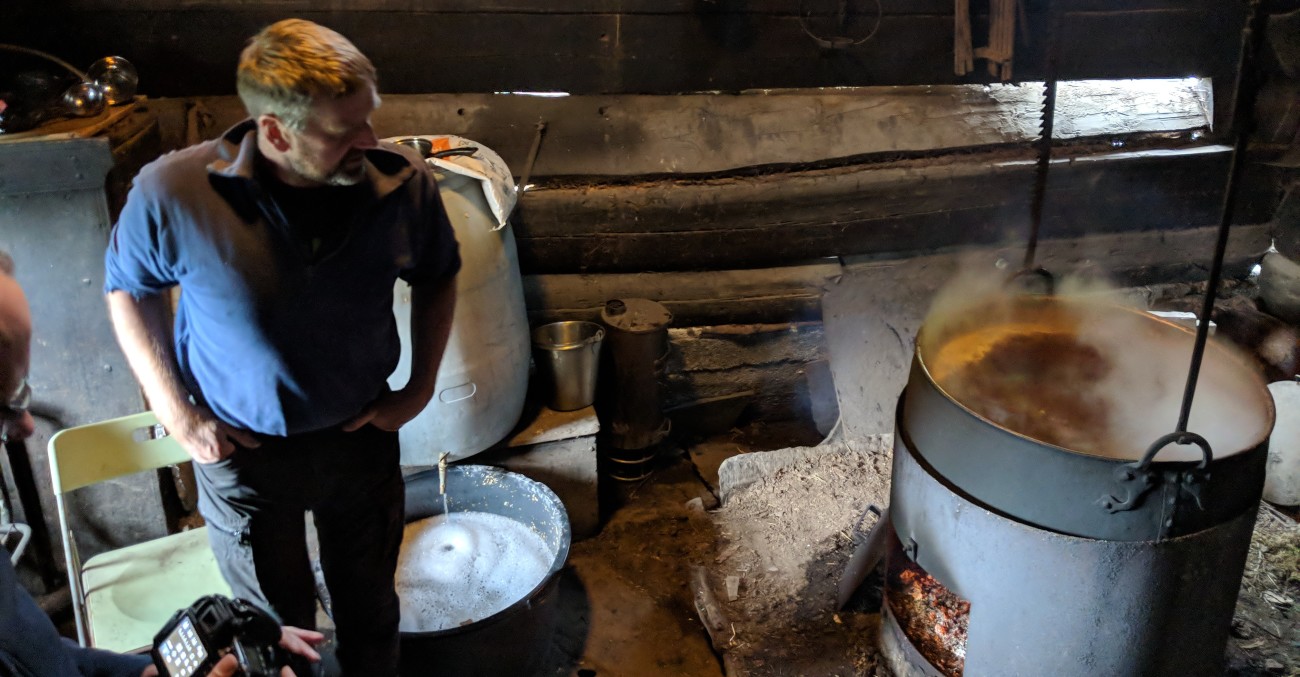 Bringing the Recipe to Brew Kettles Around the World

Garshol is keen to say that kveik is just one aspect of Norwegian farmhouse brewing, and for him, “homebrewers should look at all of it. The kveik is an obvious place to start because just switching yeast is such an easy thing to do, and the yeast is so easy to get hold of.

But there’s also juniper, which we now know is the second most important flavoring in beer after hops, far more important than whatever is in third place—and I’m not sure anyone is even certain what that would be. It’s a really flexible and subtle ingredient that can be put to many interesting uses.

“Then there are all the various brewing processes: raw ale, reduction boil, circulating decoction, kettle mash, boiled mash, long step mashes, high mash temperatures, and so on. And once you start using kveik, you can also start to play with the oddball fermentation methods: hot fermentation, short fermentation, massive under pitching, and all that—plus, of course, harvesting and reusing the yeast infinitely.”

Home malting, Garshol says, is also a really powerful method for getting beers with deeper and more complex flavors. “Unfortunately, that’s also far and away the most challenging aspect to tackle because it requires so much time and quite a bit of space, and it’s something that few brewers are really familiar with,” he says. “But beer made from good homemade malts is really something quite amazing, so I think in the long term, people will see that there is enormous potential here.”

One of the first commercial brewers outside Norway to use kveik was Martin Warren of the small Poppyland Brewery in Cromer, on the coast of eastern England. Inspired by reading Garshol’s blog posts about Norwegian farmhouse brewing, Warren traveled across the North Sea to Norway in 2015 to Voss, met a local homebrewer, John Nornes, discussed kveik brewing with him, and came home with a sample of kveik with which to brew.

He used Serbian spruce rather than juniper, which is not widely available in England, to prepare his brewing liquor “because it was available as a Christmas tree in December, and I thought the flavor and aroma resembled what I had tasted in Norway.” He made a batch of 7.4 percent ABV “Vossaøl” that he called “Norwegian farmhouse.”

“It was a long brew day, as the Norwegians mash for 3 hours and then boil for 4 hours to really concentrate the flavors and to make a very strong beer,” Warren says. Another unique trait is that they pitch the kveik when the wort is almost 40°C (104°F), which is a temperature that would kill most yeast strains.

“I pitched at 37°C (99°F), as recommended by John Nornes’s cousin Bjørn,” says Warren. “The kveik rips through most of the sugars in a couple of days before calming down to finish the job more slowly. My experience of growing the starter is that the fermentation is actually more vigorous at around 27°C (81°F) rather than the mid 30s Celsius (mid 90s Fahrenheit). So I think the kveik tolerates the high 30s Celsius (low 100s Fahrenheit) but actually prefers the mid to upper 20s Celsius (high 70s to low 80s Fahrenheit). By that time, it is going so strongly that it effectively out-competes anything else for the available resources.”

All the traditional brewing techniques Warren has read or heard about appear to be aimed at avoiding infection by unwanted organisms. He says the Norwegian farmhouse brewers wash down equipment with juniper infusion; they mash-in with juniper infusion and even strain the mash through branches of juniper. “I am sure this takes advantage of the bactericidal properties of juniper oil. They pitch at the very first opportunity. If they don’t have a heat exchanger, this also saves time and reduces the likelihood of wild organisms getting a foothold in the wort.”

If the yeast is heat-tolerant and fast, it can begin fermenting before other organisms can grow, he says, and then out-compete them if they should appear.

“When the beer has finished fermenting, it will be 8 percent or 9 percent ABV, which, along with some hops, will also safeguard against infection by bacteria,” says Warren.

“Thus, Nornes says he has been brewing continuously for more than 30 years with the same strain of yeast and never needed to call on his backup yeast.”

The speed and temperature flexibility of kveik yeasts make them attractive to commercial brewers, and many, like Daniel Cady of Mikkeller San Diego have begun experimenting with them across a range of styles beyond just “farmhouse” ales.