When your master brewer is one of the most respected sour and wild beer makers in the United States, it’s natural to give them room to play.

Stratford, Connecticut’s Two Roads Brewing Company took the sour concept to the extreme with the opening of their new Area Two Experimental Brewing facility — a 25,000-square-foot expansion adjacent to their main brewery focused on sour, barrel-aged, and experimental beers.

“Area Two will be a brewery of boundless experimentation,” says Master Brewer Phil Markowski. “We will continue to innovate, redefine and stretch the definition of beer.”

Foudres and barrels abound in the spacious modern facility. Guests enter then rise to an elevated catwalk with views of brewers working below, as they make their way on a self-guided tour to the experimental focused taproom.

The showcase of the souring operation is the 50 bbl capacity coolship housed in a dedicated building that faces the wetlands at the rear of the property. It’s a stunning piece of architecture, with an inwardly curving wood ceiling designed to return condensation from cooling wort back into the shallow steel vessel, bringing local microbes along with it. The scale makes it one of the largest coolships in the United States, showing how committed Two Roads Brewing Company is to producing and releasing spontaneously fermented sour beer, using the process developed by the lambic brewers of Belgium. But beers made in this coolship will capture the unique terroir and microflora from the local Connecticut environment.

"The name Area Two is carefully derived from the Two Roads brand," says CEO and Cofounder Brad Hittle, who (along with Markowski) founded the brewery with partners Clem Pellani, CCO, and Peter Doering, CFO. “The use of the numeral '2' draws the needed connection to our main brand, Two Roads, while the name and its subliminal connection to Area 51 immediately and playfully conjure up the concept of experimentation — which is what this brewery will be about.” Hittle, an industry veteran with over 25 years of experience, explains that "art and science collide at Area Two," and that "in the craft beer world, one cannot succeed without a blend of both.” 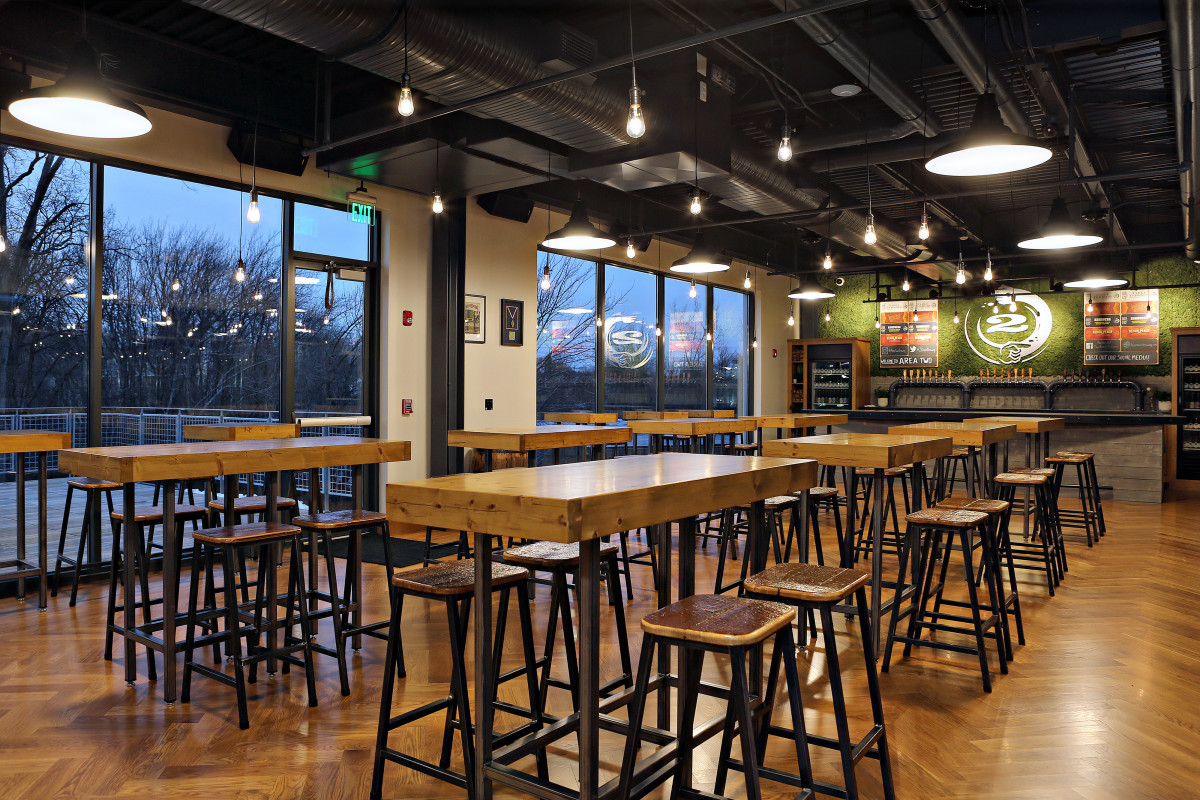 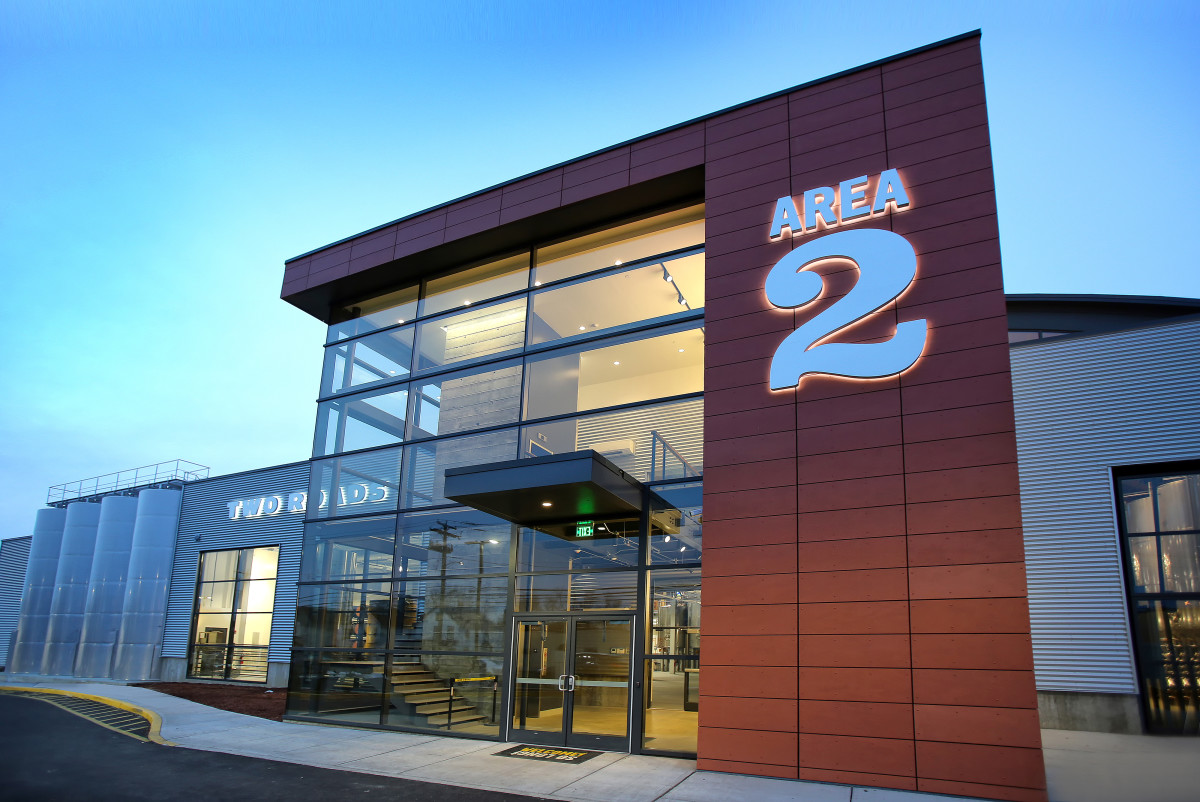 With such a stunning space, it’s tempting to forget that quality beer is the primary focus, but for Markowski, the form follows the function. Since wort will be brewed by the main Two Roads brewhouse in the adjacent building, every process was tightly engineered to ensure quality. Wort transferring to the facility may travel the length of a football field before reaching its destination in Area Two, but the volume loss is negligible. Markowski is a perfectionist, but at the same time embraces the unpredictable nature of “wild” beer.

The dedicated facility will allow Two Roads to delve deeper into sour-beer projects such as Synopsis, a series of beers exploring the intersection of fruit and various souring and blending methods. It will also allow them to push deeper into building layers of flavor by adding spirits-barrel conditioning to their sour beer. Whiskey Sour’d spends a year in Kentucky bourbon barrels, allowing the vanilla and oak from the barrel to impart a cocktail flavor in the beer. Vintage favorites such as Philsamic (brewed with 14-year-old balsamic vinegar) and Urban Funk (fermented with yeast captured on-campus following superstorm Sandy) will make more frequent appearances, as will wood-aged non-sour beers such as Bourbon Barrel-Aged Cherry Quad and Absinthe Barrel-Aged Barleywine. Several of the new offerings from Area Two – including the 2019 vintage of the GABF gold medal winning Hexotic, a tropical fruit lambic-style ale – are available in bottles to-go. 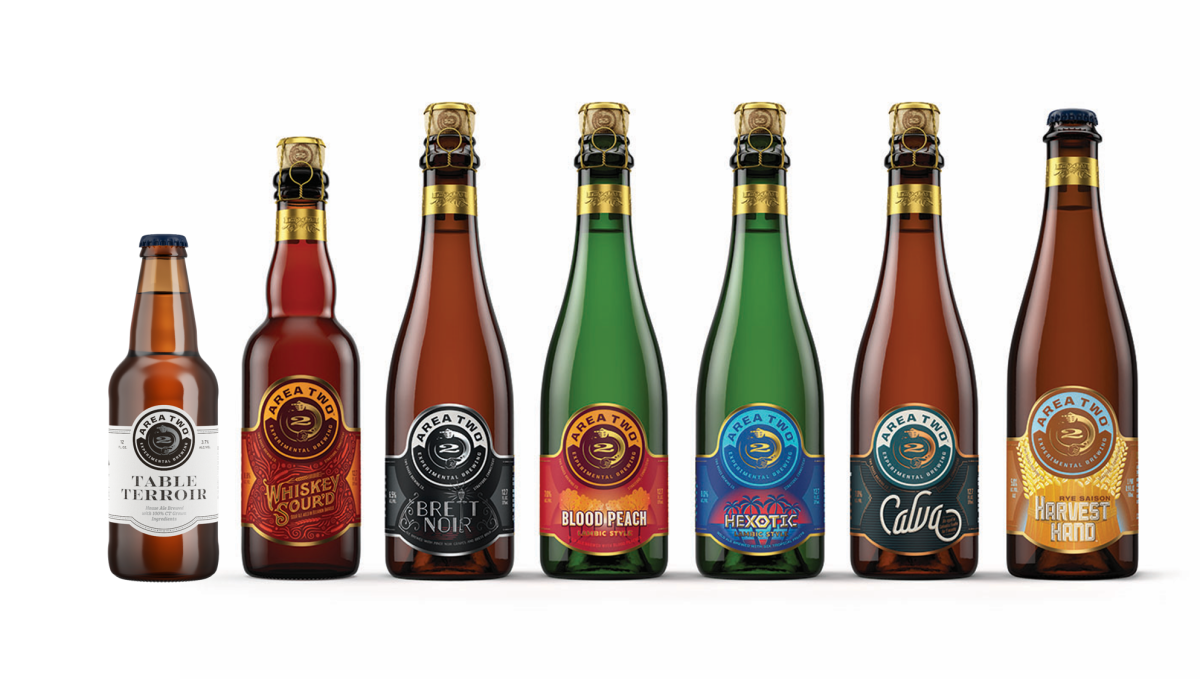 Area Two represents a bold bet on the future of sour and wood-aged beer in the United States, but Two Roads’ track record of quality execution and Markowski’s reputation for creativity and craftsmanship guarantee that those experiencing the beer at the brewery, or wherever the beer is sold, will get a unique taste of this intersection of terroir and talent.