Here’s how science, technology, and the need for stable beer transformed the carbonation game.

Significant advancements in technology over time have changed the way brewers carbonate beer—and keep that carbonation. The implementation of inline carbonation equipment has allowed brewers to save space and time by carbonating at incredibly fast speeds in comparison to carb stones. Inline carbonation also grants a higher level of quality control, thereby producing more consistent and repeatable results.

The History of Tiny Bubbles

Consistency and repeatability in carbonation was not always a reality. Throughout the early ages of brewing, carbonation was simply the natural result of fermentation; brewers were unable to safely contain the carbonation without experiencing what we can only imagine to be some pretty surprising barrel explosions.

Eventually, brewers discovered ways to channel that naturally carbonated beer into larger vessels, to inject it after fermentation was complete. Other processes, including the use of acid and marble chips, also were used. Still, none of these methods were consistent, nor were they entirely effective.

Skip ahead to present day, when brewers have more options. Technological innovations over the years have resulted in newer methods, including inline carbonation and the computerization of several processes. Today, while natural carbonation continues to contribute to the character of beer, it’s the equipment that provides improved means of ensuring repeatable, consistent, and balanced results.

One of the more recent and revolutionary advancements in inline carbonation comes from ProBrew, a leading craft beer and beverage processing equipment supplier based in Waukesha, Wisconsin. In 2016, its parent company, TechniBlend, launched ProBrew as a brand extension to introduce the ProCarb™ inline carbonation system to the craft brewing market.

What are the benefits to the brewer? Inline carbonation helps brewers stave off two of their greatest enemies: time and oxygen. Even by itself, the ProCarb™ system can significantly speed up the brewing cycle by allowing precise control over CO2 injection. (Think of 20 barrels of beer carbonated in one hour, compared to a full day or more.)

Utilizing Allen Bradley PLC controls, the line of ProCarb™ systems are able to quickly and easily process beer and other beverages while sustaining precise carbonation in every ounce. Better yet, brewers save time because brite tanks can be cleared for the next batch. This also gives brewers the option of reducing the size of their cellar, to make room for other brewing equipment and solutions. 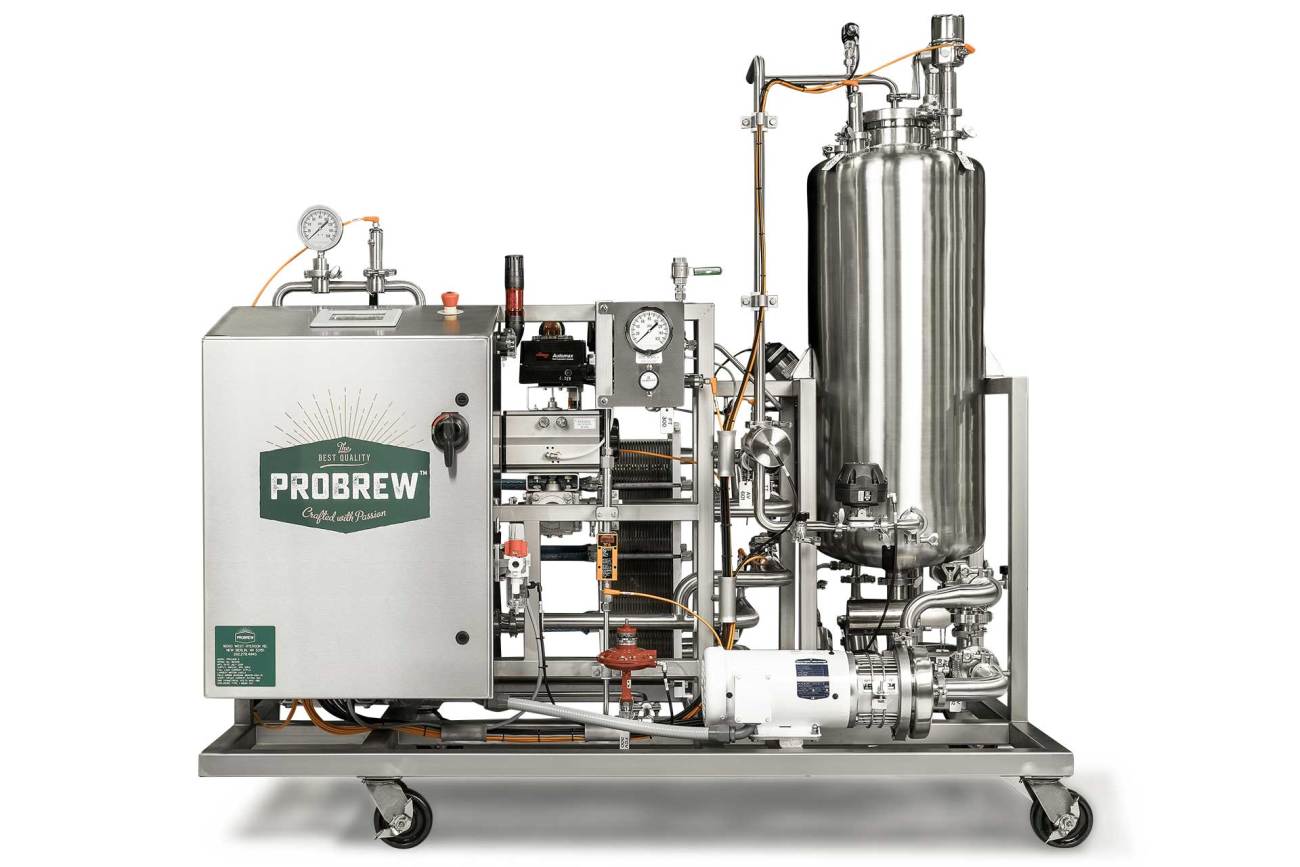 With a little curiosity and a lot of engineering experience, there came a profound solution to help brewers reclaim more beer, further reduce dissolved oxygen, and cut days off their clearing and packaging cycle. Peter Schultz, ProBrew’s technical director, was trying to save himself some hassle with the flow controls between a centrifuge and a carbonator when he thought, “What if I just switch these around?” This idea created the first-ever integrated inline carbonation and centrifugal separator, aptly named the ProCarb Plus™. 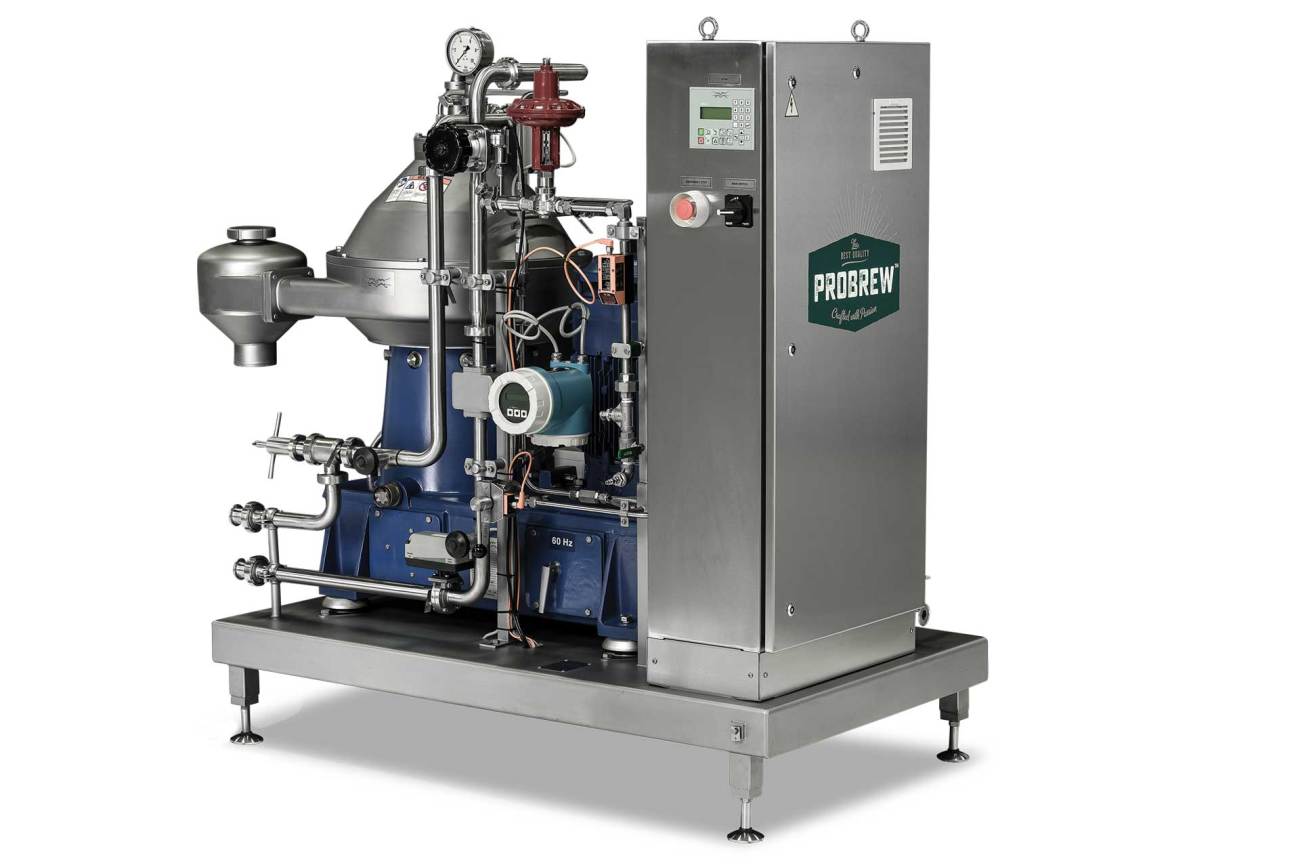 ProBrew’s ProCarb Plus™ inline carbonation system uses the internal forces of the centrifuge to dissolve carbon dioxide or nitrogen into the beer. By injecting the gas before sending it through the centrifuge, brewers can take advantage of 17 G-force acceleration to achieve higher-than-average levels of gas absorption—resulting in stable, clearer beer. In addition, the technology allows for a dramatic decrease in dissolved oxygen (DO) levels. By adding the gases ahead of time, brewers reduce the opportunity for oxygen to get in.

The effects of the ProCarb Plus system were so revolutionary that ProBrew filed for a patent and received Patent No. 9,789,450 on October 17, 2017. In late 2019, ProBrew partnered with Alfa Laval to utilize their centrifuges, generating a greater reach and establishing customers worldwide.

The MINI Makes a Major Impact

The team at ProBrew didn’t wait long before designing yet another inline carbonation system. Just a few months after the ProCarb Plus™ received a patent, ProBrew introduced the ProCarb MINI. The MINI has a square footprint of about 2' x 2', runs from five to 80 gallons per minute, and transfers product directly from fermentation to packaging. Despite being one-tenth the size of the ProCarb Plus™, the MINI still packs the same punch as any of the other ProCarb systems, achieving precise carbonation and/or nitrogenation, while saving time and CO2 and reducing DO pickup.

Now with a mobile-cart design and 24VDC battery option, the ProCarb MINI can easily scoot around any brewery or facility, and it comes equipped with up to 12 hours of uninterrupted power and performance.

The ability to carbonate faster and more consistently, use less space, and achieve better results has given craft brewers peace of mind knowing that their beer will maintain the same great flavor, turbidity, carbonation with extended every time. ProBrew’s line of ProCarb™ inline carbonation technology is part of a full line of beer & beverage processing systems designed, engineered, and manufactured in the U.S. 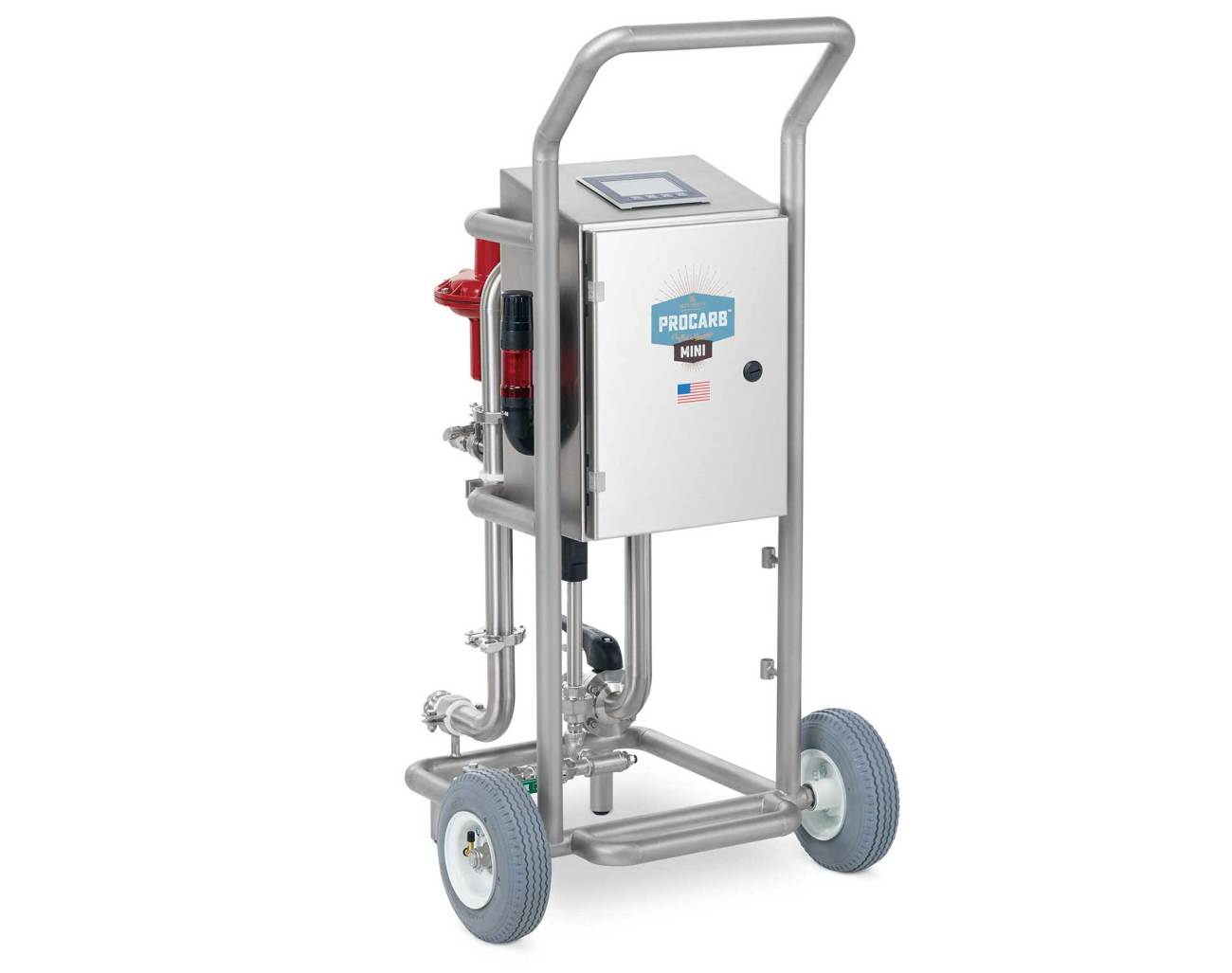 To learn more about how ProBrew’s systems & technology can help you Brew Like A Pro, visit www.probrew.com. For a quote and more information, email [email protected]. 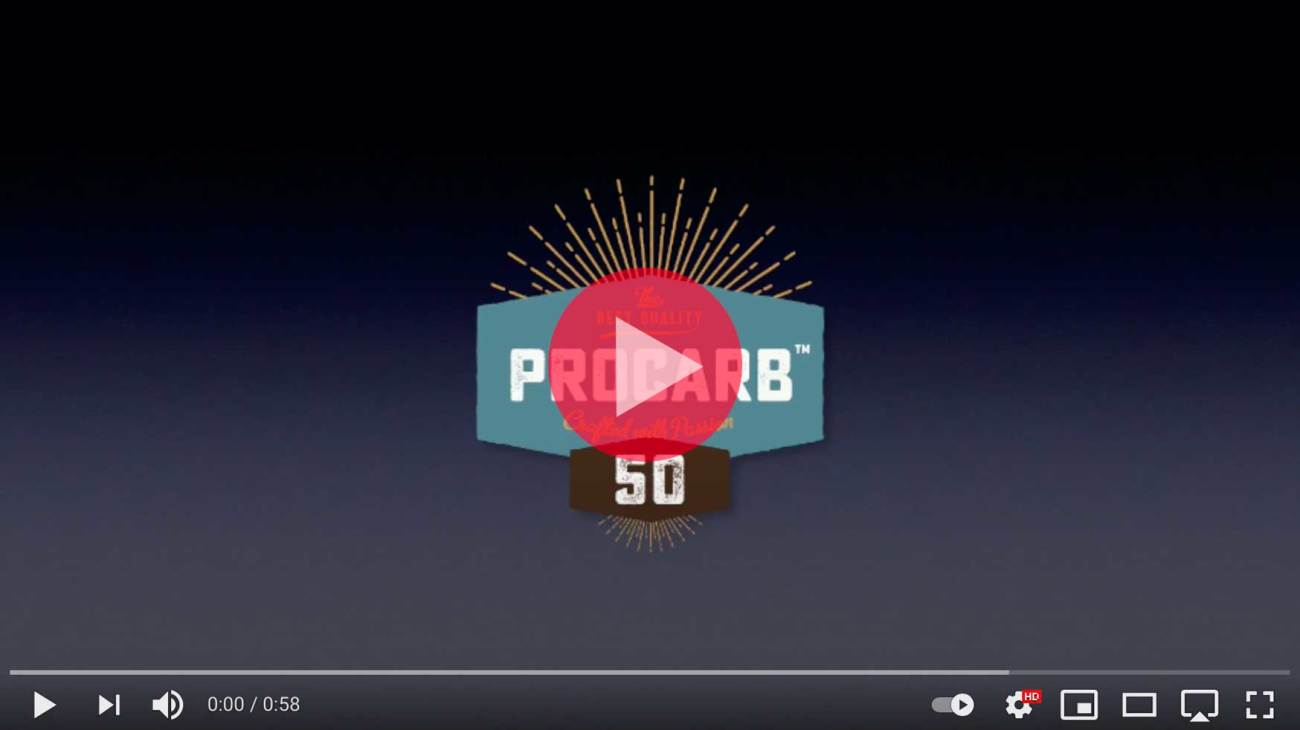