The Secret Origin of Grapefruit Supreme

Surly wanted to brew a fruit-forward, lower-ABV beer last year—one you could drink when spring turned to summer, and as an ideal complement to the warmer weather.

Many of their brewers are fans of German radlers, the oldest of old-school, refreshing, low-ABV drinks, which mix lager and citrus soda. Surly brews beer, not soda, so they piloted a tart ale brewed with grapefruit. From the first sip of what would become Grapefruit Supreme, they knew they’d hit the mark. 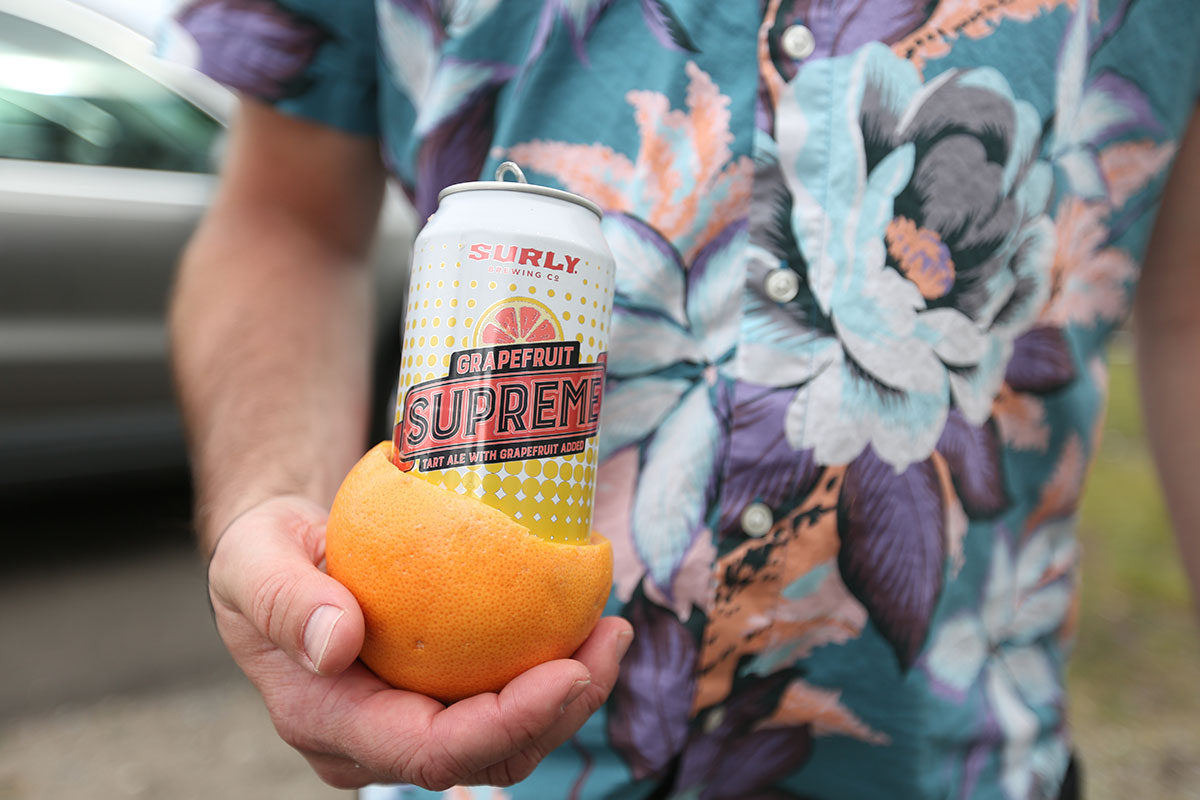 “It’s everything you could want in this kind of beer,” says Ben Smith, Surly’s head brewer. “It’s crisp, refreshing, and full of citrus character. Total crusher.”

Although banking on a timely summer in Minnesota is always a roll of the dice, there were no doubts about the beer. Grapefruit Supreme proved to be as big a hit outside the brewery walls as it was within. 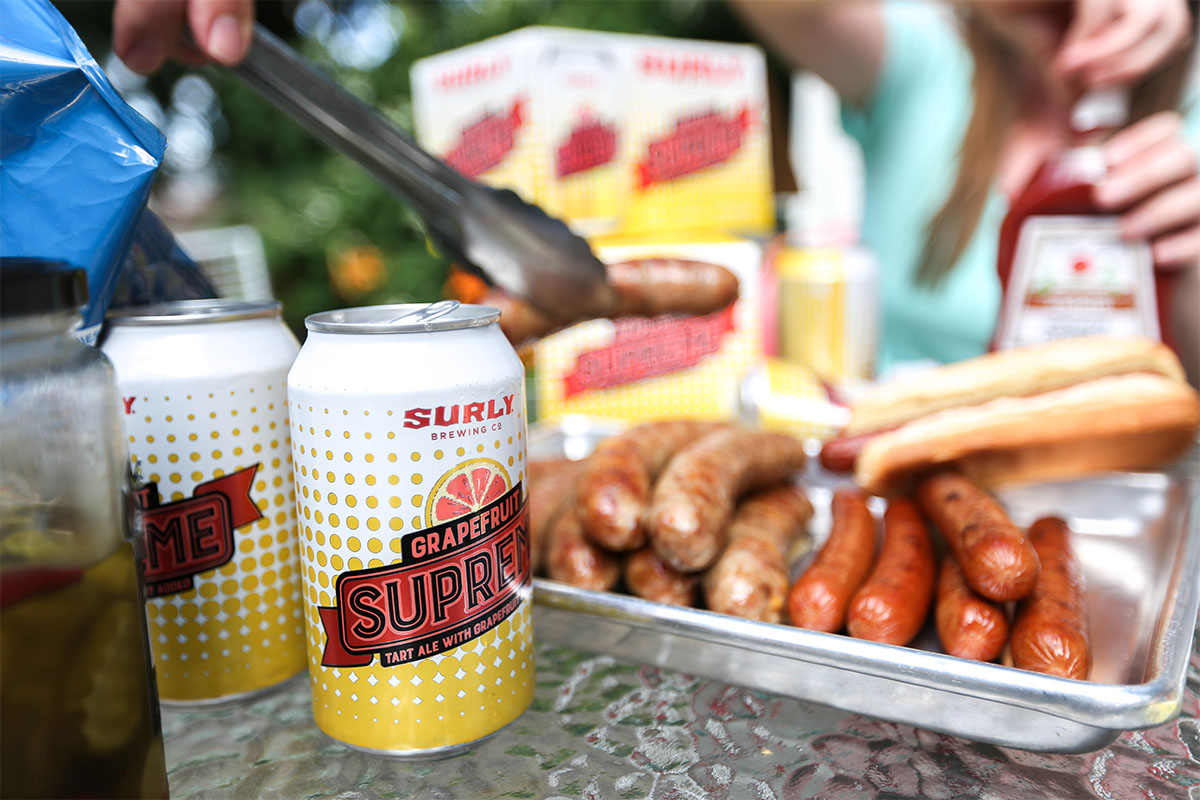 Braced by bright grapefruit flavor and offset by a gentle tartness, Grapefruit Supreme finishes crisp and citrusy. The 4.5-percent ABV makes it effortlessly sessionable, with a refreshing character that rises alongside the heat index. For those of you with hard seltzer enthusiasts in your life, this will turn their heads all the way around. It’s available in six-packs and 12-packs to all Surly markets.

Word to the wise: More than a few Surly employees have been using it as a mixer for cocktails. It turns out you can make one hell of a paloma with it (recipe below), along with any number of drinks that call for a grapefruit element. On its own or with a friend, embrace the reign of Grapefruit Supreme. 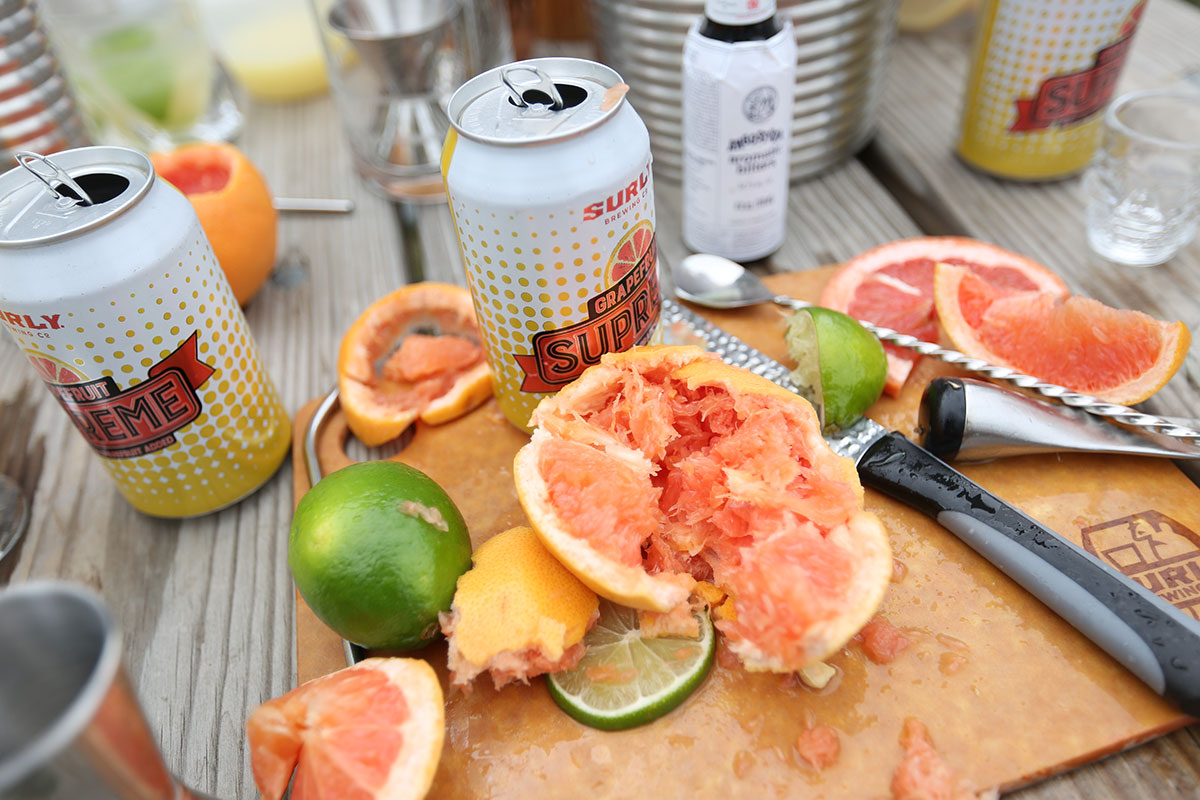