From bespoke historical beer recipes to a thing that turns your can into a cup, here are our Editors' Picks from Issue 37 (February–March 2020). 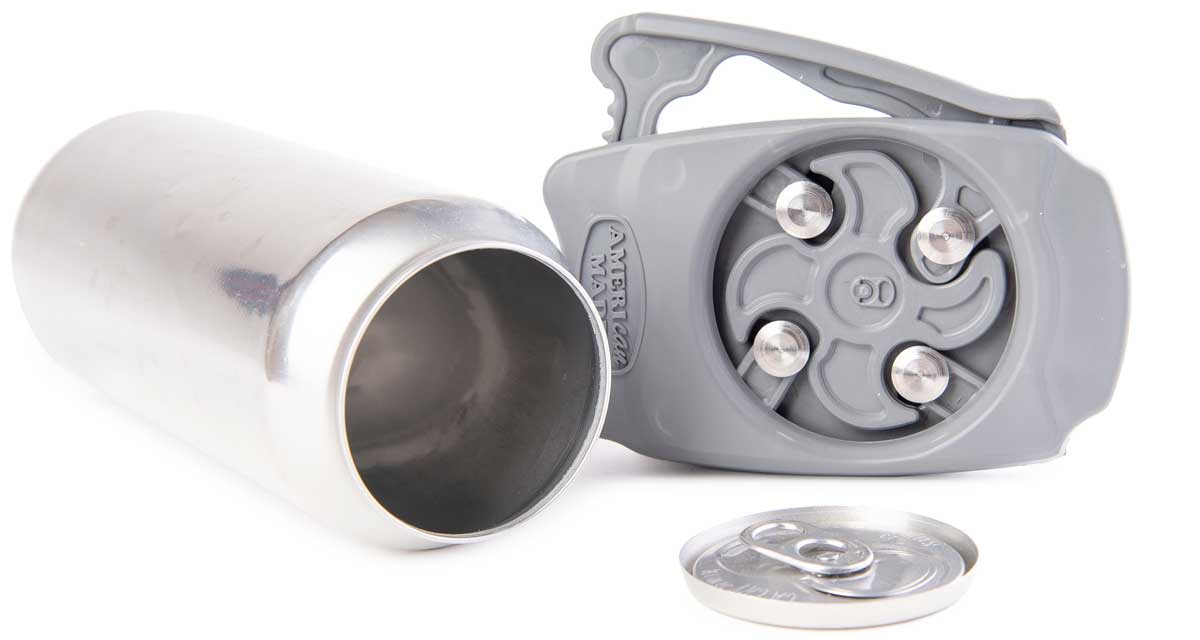 We see a fair number of quizzical beer devices, to the point where something must be genuinely novel to surprise us. The pitch for the Draft Top was one such shocker that had us asking, “Why on earth would we ever need to do that to a beer can?”

The best answer we can conjure, still, is “Because it’s kind of fun.” There is no real need for this device—cans themselves are perfectly suitable as drinking vessels, even though they do limit your ability to appreciate hops aromas that brewers (and by extension, you) pay a small fortune to imbue in today’s hops-forward beers. Can lids used by certain brewers allow for the same effect without having to resort to a special device.

But, for the beer geek who has everything, the ability to drink from the can in a dramatic new way with an inexpensive device could be just the thing to make those release-line bottle shares a little more fun. We’ve enjoyed the novelty of it, and it does work as advertised (it works better, in fact, on unopened cans than it does on opened ones). Utility is important, but so is fun, and the Draft Top goes heavy on the latter. —JB 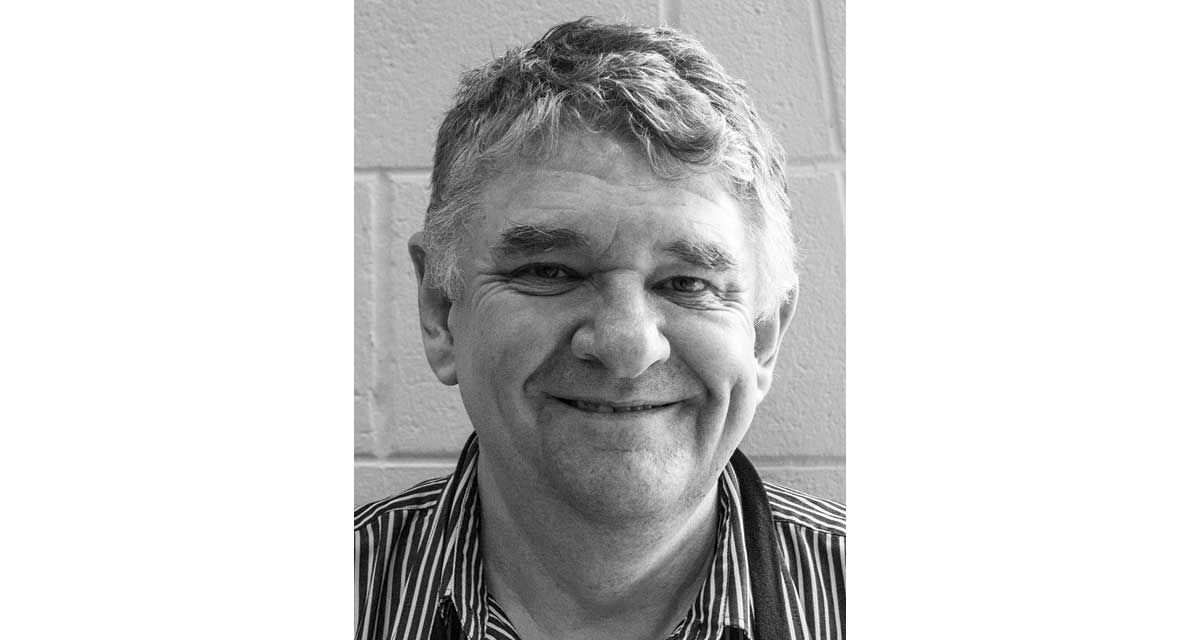 Know a history-geek homebrewer with a birthday coming up? Why not get that special someone a historically accurate beer recipe?

Amsterdam-based beer historian and blogger Ron Pattinson is offering hand-picked recipes from his prolific trove of research. You tell him the date—such as your birthday—and he’ll not only dig up a beer recipe that was actually brewed on that day, he’ll also write a few hundred words that help put that beer in its historical context. He also includes an image of the original brewing record.

The cost for this unique service is €25 (about $28). Alternatively, think of it as a donation to support work on his remarkable myth-busting blog devoted to British and European brewing history. —JS 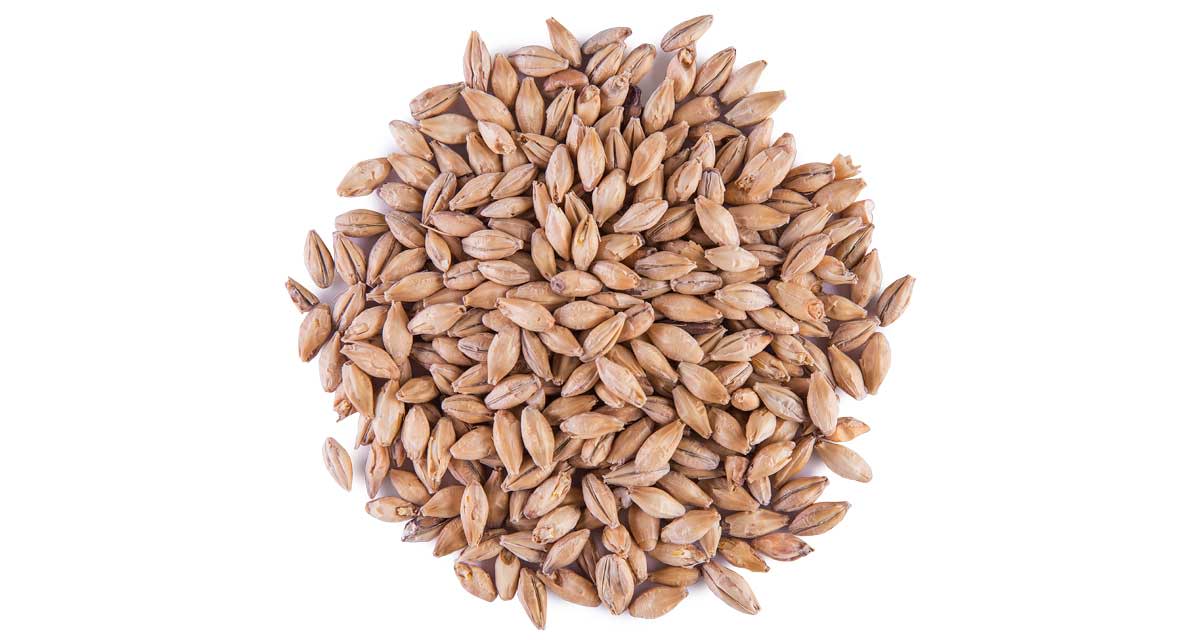 There are a boggling number of malt varieties on the market today, yet few are geared toward brewers with a notion to do things the old-fashioned way. I speak of techniques such as multistep mashes—still common in traditional European breweries, but anathema to many American brewers reared on single-temperature infusion.

I know, we like it simple. And the vast majority of malts today are very well modified, rendering multiple mash steps technically unnecessary. I get it. But humor me: There can be real benefits to those multiple steps, and using them with relatively less-modified malt can bring you to a different destination entirely. It might even be one where you get a cleaner, sweeter, more elegant malt flavor; where your “pils” is not paper-thin and water-pale; and where you have resilient foam and enviable stripes of lace. (Your mileage may differ.)

Briess touts Synergy Select as a “true European-style” pils malt, “rich in flavor, high in extract, and low in protein.” Synergy is the name of the barley variety, grown in northern Wyoming. Also mentioned in the sales pitch: its diastatic power (DP, or Lintner score) of 100, versus the 140–150 typical for other American pale base malts. DP is only one way to measure malt modification; in this case Briess intends the product to be closer to the sorts of continental European malts often used for pale lagers.

Of course, you can use Synergy Select for single-temperature infusions, and you can use it as 100 percent of your grist—brewing a SMASH (single malt and single hop) beer with it is next on my agenda. The point is that some styles, such as German lagers or well-attenuated Belgian ales, are better made with multistep mashes; and some malts are better suited for those mashes. Finding those malts in our homebrew shops has often been a challenge.

Bring on the Hochkurz mash. —JS 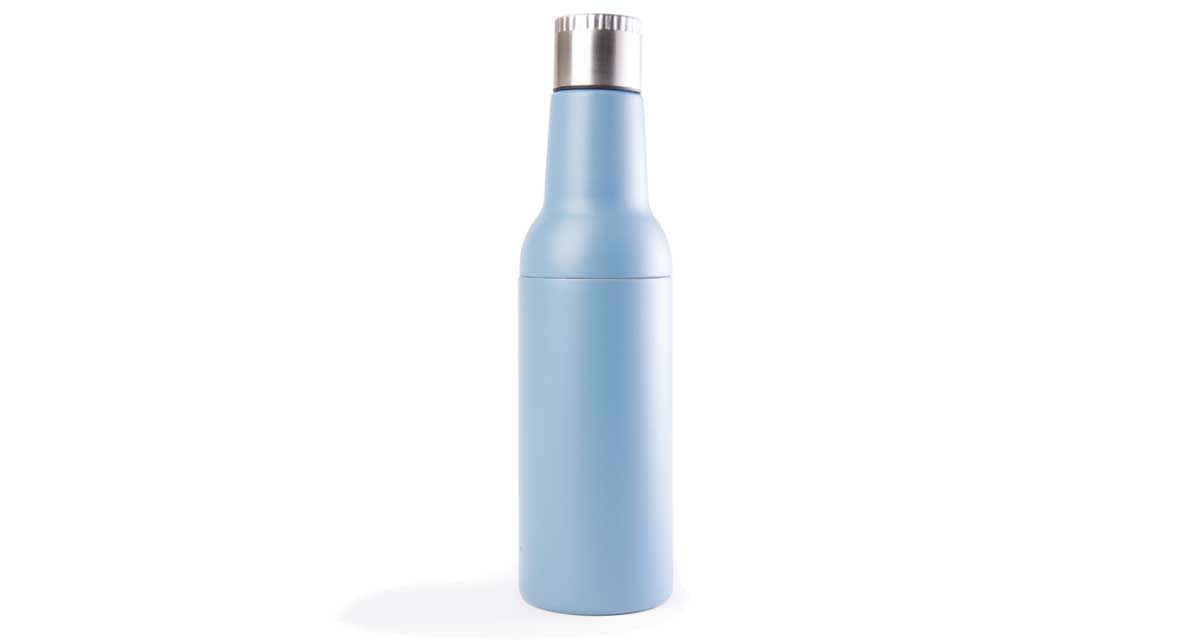 Enter the draft bottle-—a hybrid, double wall insulated vessel that’s equally at home whether you’re transporting or consuming beer. The modern design is sharp, the spout is sized for easy filling from a home kegerator while remaining comfortable for drinking, and it holds up to 22 oz (650 ml) of beer.

One drawback—it will not hold an entire bottle of beer in the bottle, even if it appears like it could. You’ll have to pour beer into it.

The killer feature, however, is the ability to unscrew it just below the bottle shoulder, allowing for easy cleaning, or flexible use as an open cup (if you so choose). —JB