Dry-hopping, wild yeasts, and barrel-aging are all fair game for new-school cider makers.

America’s craving for cider is reaching a fever pitch, as a new generation of cider makers takes lessons learned from the craft-beer revolution and experiments with a wide range of flavors and styles. Dry-hopping, wild yeasts, and barrel-aging are all fair game for new-school makers, so Heather Vandenengel went off to explore the creative side of making cider. 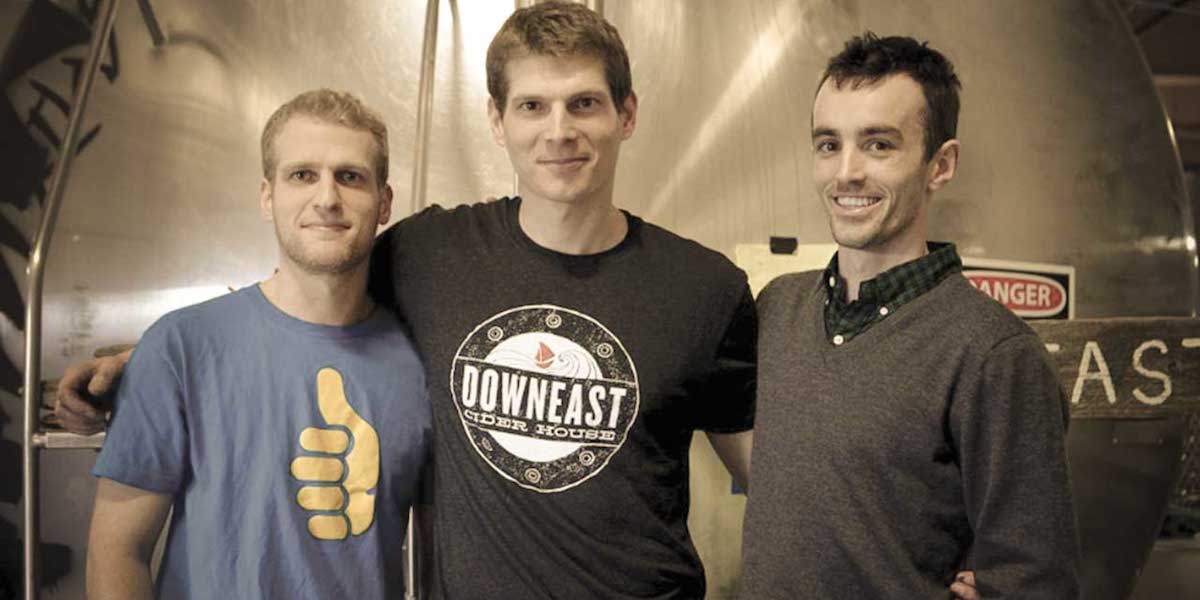 Launched by friends during their senior year of college, Boston-based Downeast Cider is redefining what New England cider can be—inspired by fresh juice and drinkable like a beer. “When we started this company, the inspiration for the cider we made was based on sweet cider that we were getting from the farm,” says Ross Brockman, co-owner of Downeast with his brother, Matt Brockman, and Tyler Mosher. “We wanted to make a hard cider that has the characteristics of fresh juice.”

That means that, compared to a more traditional, dry, sparkling cider, they do a few things differently. They chose an ale yeast for their flagship cider, Original Blend, because they prefer the smoother and rounder mouthfeel and finish. The juice, supplied from an orchard in Stow, Massachusetts, is made from a blend of dessert apples (McIntosh, Cortland, Red Delicious, and Gala) rather than traditional cider apple varieties. Original Blend is unfiltered, lightly carbonated, packaged in 12-ounce cans, and weighs in at 5.1 percent ABV.

Downeast’s other ciders fall in line with the approach of accessibility and freshness. Cranberry Blend is made with fresh-pressed cranberry juice, added after primary fermentation. Hard Honey, born of an experiment of fermenting with honey, is aged on coriander and orange peel. One of their newer products, released in June 2014, might be the most unconventional yet: a hard lemonade, made with a blend of fresh-squeezed lemon juice and a “water” base of fermented apple cider, water, and cane sugar.

Their Head Cider Maker, Noah Burke, is a former brewer. Under his guidance, Downeast has also created a series of saison-inspired ciders, tried some barrel-aging projects, and is constantly experimenting. “It’s how we’ve done everything,” says Brockman. “Do it the way we like and make products that we think are really good and then sell them.”

The hard-cider industry today draws many parallels to the craft-beer industry in its early years, and Ohio’s Angry Orchard, a cider brand launched by Boston Beer Company in 2012, plays a similar role to that of Sam Adams: educating and introducing drinkers across the country to hard cider. Angry Orchard’s Crisp Apple is the number one selling hard cider in America, according to market research company IRI’s market research data, and they’ve launched a line of ciders that are diverse in approach and flavor.

“Across that whole spectrum, we can really appeal to anyone entering the cider category, from trying cider for the first time to someone who knows what they’re looking for,” says Angry Orchard Cider Maker David Sipes.

Their Cider House Collection is a platform for innovation and creativity built on existing traditional cider styles. For instance, the Strawman is a traditional farmhouse style that is more bittersweet, earthy, herbal, and complex. Iceman is inspired by the ice ciders of Quebec and uses the process of freezing the apple juice. The Muse, which is a bubbly, effervescent cider, drinks more like a sparkling wine with a little bit of sweetness.

Interested in learning more about cider? Check out Issue 6 (April/May 2015) of Craft Beer & Brewing Magazine® where you’ll also find articles about gluten-free/gluten-reduced beer and mead. Get your back issue today!

It was big news in the cider and beer worlds when former Goose Island Brewmaster Gregory Hall founded a cidery in Michigan. Hall founded Virtue Cider in 2012 to make old-world farmhouse ciders with techniques that will be familiar to beer geeks: barrel-aging, blending, and fermenting with wild yeast.

“When there’s a style that we’re not doing that we really like, we give it our best shot, but we also really like fruit-driven cider, letting the fruit go where it wants to go,” says Hall.

The flagship, Red Streak, is an English-draft-style cider and the result of 180 three-gallon test batches, pressing “one bushel at a time,” while trying out different apple varieties. Once they found a blend they liked, they experimented with yeast strains and blending. Their second release was a French-style cider called Lapinette, a Norman-style cidre brut aged in French oak barrels, and they’ve released a wide range of cider styles since, from a tart and lemony Spanish-style Sidra to Percheron, a French-style farm cider. The fruit-driven cider is part of the Estate Series, for which they select apples from one grower and let them ferment out with their own yeast.

These styles and processes might seem very innovative for a new cidery, but like craft brewers imitating Belgian- and German-style beers, they are taking inspiration from the European cider makers, says Hall. “We feel that we’re not doing too much that’s innovative. We’re doing what they were doing in Europe for a long time, but it’s new to most people. The fact that we do a lot of blending, cultivate yeast, barrel-age—that’s a very typical practice in Europe, but it’s unusual in America.” 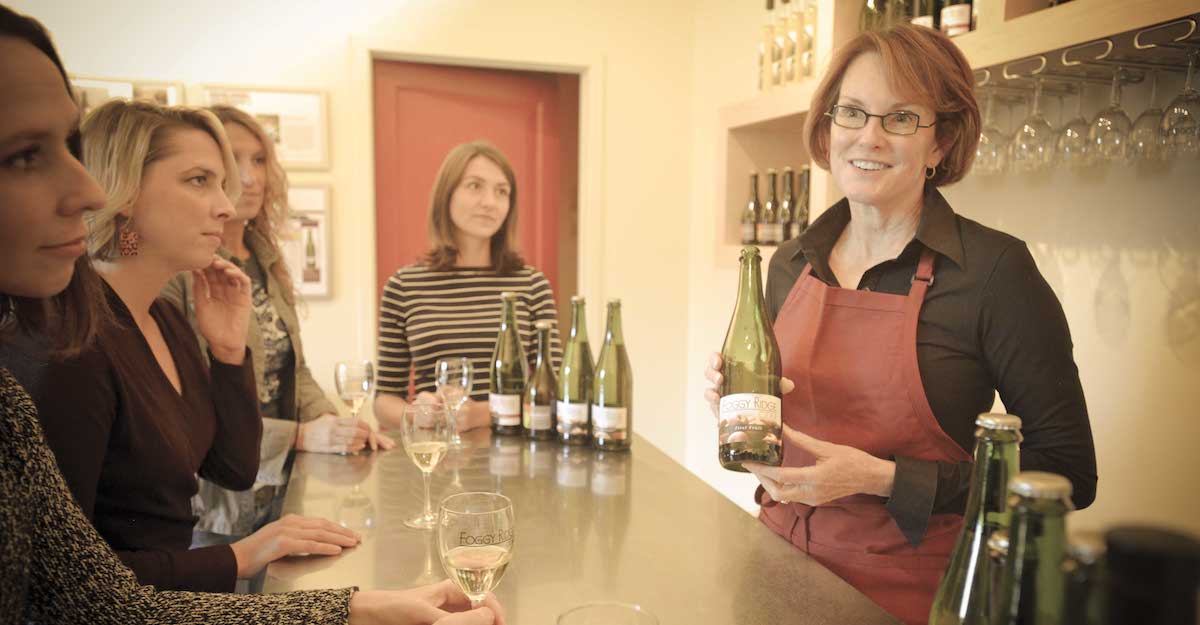 Diane and Chuck Flynt, founders of Foggy Ridge Cider in the Virginia Blue Ridge Mountains, planted their first orchard, with more than thirty different apple varieties, in 1997 and have been guided by the apples ever since. “We were very focused on the quality of ingredients from the beginning. We were the first orchard in the South that was focused solely on cider apples,” says Cider Maker Diane Flynt.

They grow a range of American heirloom varieties, such as Harrison and Roxbury Russet, as well as some traditional English and French varieties, such as Dabinett and Muscadet de Berney, respectively. They seek to make ciders that are a reflection of their orchards, Flynt says. “If you’ve got really great cider fruit, you’re not going to want to mess it up. You’re going to want to express what that fruit has to offer just like a wine grape.”

Second, Flynt says, “We’re blenders, and I think that’s a wonderful part of the art of cider making: to use different varieties to make the best blends possible.” For their cider called First Fruit, they harvest American heirloom apples from late August up until mid-September and ferment some varieties—such as Harrison or Hewe’s Crab—separately, while others are blended together. They ferment slowly, for as long as a month, at very low temperatures to try to stretch fermentation out to maintain the fruity aromas and let the cider gain more complexity. Then, they let it sit in stainless tanks to develop more layered flavors, allow the acidity to change character and the tannins to round out, and add body and weight. They don’t bottle the cider until February and March. 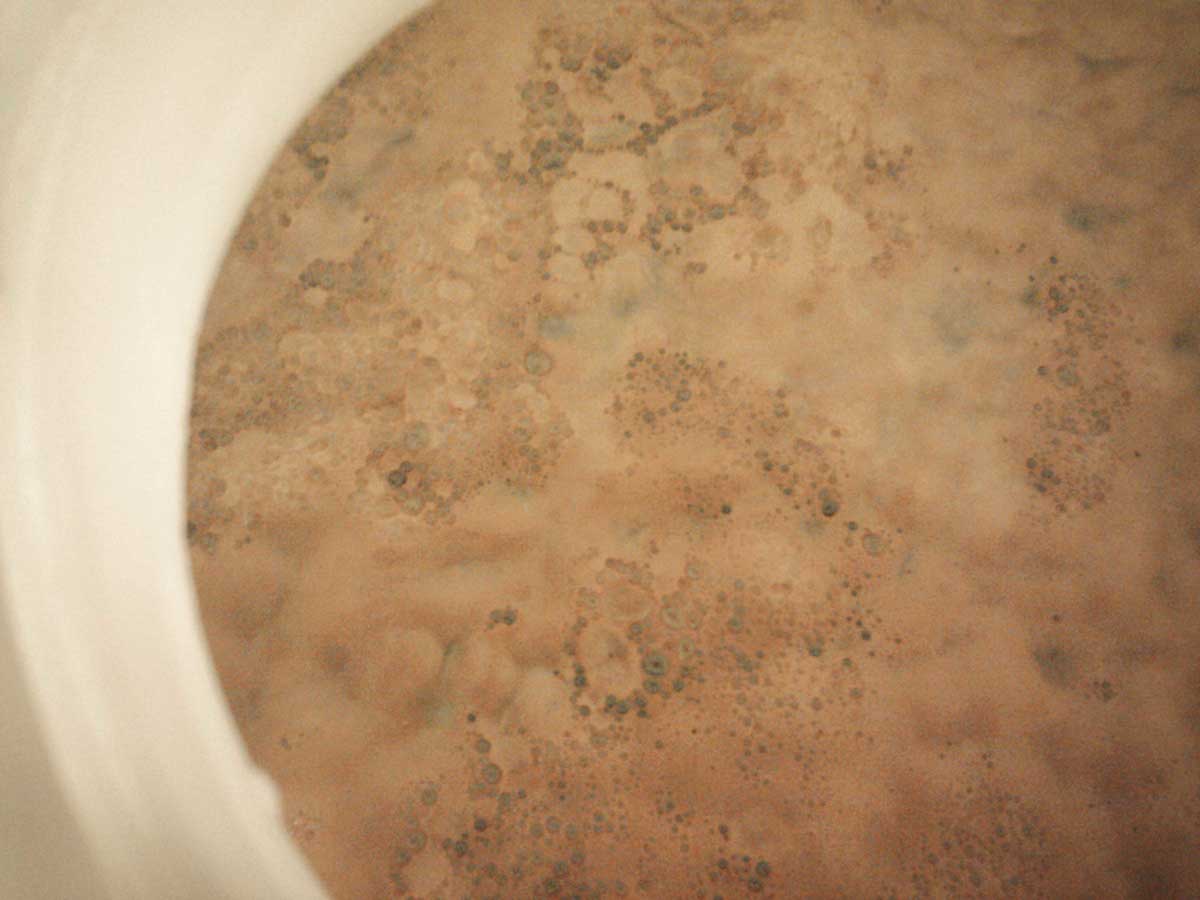 “What attracted me to the idea of cider making, aside from the fruit, was the French-style of cider making, which was very similar to my intentions as a grape wine maker: less intervention, less manipulation, and very representative of the fruit with natural fermentation,” says Kevin Zielinski, cider maker at E.Z. Orchards in Salem, Oregon.

Zielinski, who runs the E.Z. Orchards Farm Market with his two brothers, John and Mark Zielinski, planted twelve different apple varieties in 2000 for a friend who was planning to make hard cider. After the friend left the cider project for a new job in wine, Zielinski started making trial batches of cider in 2004 and launched his first cider in 2009. Called E. Z. Orchards Cidre, it is made from nine different French apple varieties, is low in acidity, high in tannins, and naturally effervescent.

Zielinski doesn’t use any commercial yeast strains. Instead, he lets the yeast develop from the environment and the fruit itself. After the wild yeast takes hold at warmer temperatures, primary fermentation in stainless steel tanks is low and slow—from 40–42°F (4–6°C) for three to four months or longer. That is followed by a process called pétillant naturel, which continues the fermentation in the 750ml bottle for natural effervescence. From harvest to release, the process can take nine months to a year, and typically the cider benefits from aging, says Zielinski.

Two new products have joined the E.Z. Orchards lineup: Hawk Haus, a cider made predominantly with an older North American apple variety called Jonathan, and a pear wine made with rare Poire pears. Both ciders, however, are made with the same method as the E. Z. Orchards Cidre: a natural fermentation with no sulfites added and finished naturally in the bottle.

From Craft Beer To Cider

Brad Page, the founder of Colorado Cider Company in Denver, Colorado, was one of the original brewers at Denver’s iconic Wynkoop Brewing Company.