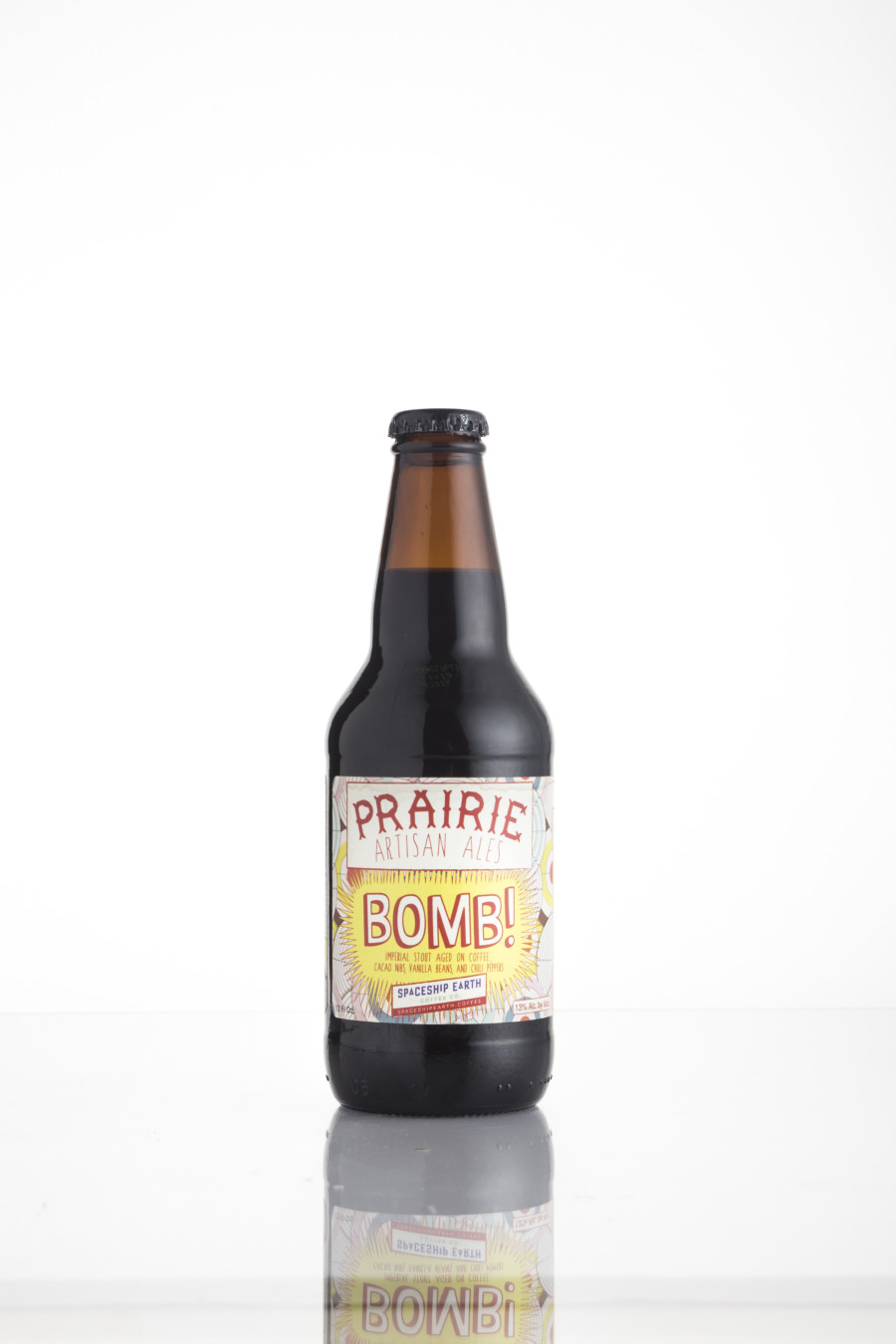 “Bomb! is an imperial stout aged on coffee, chocolate, vanilla beans, and ancho chile peppers. The peppers add just the right amount of heat to complement the intense coffee and chocolate flavors.”

Aroma: “Huge earthy coffee with some chile spice behind it. Chocolate is well in behind that, with maybe a hint of cinnamon. Moderate caramel, vanilla, and maybe nutmeg. Dark toasted malt as expected for a big stout.”

Flavor: “Coffee with lots of chocolate, like a milk-chocolate bar. Cinnamon and chile pepper behind that. Moderately high sweetness with moderate bitterness. Milky, lactose consistency makes the chocolate sweeter and keeps the heat down. A bit boozy. The malt brings a nice richness, and the coffee dries things out.”

Overall: “Like a coffee, cinnamon, chile pepper, chocolate bar—does a great job of blending coffee with the usual suspects. A rich beer. Paired with dessert, it would be wonderful. Share this bottle.”