Back to the Future: The Boil Rumble Takes Melvin Brewing Full Circle

Melvin’s Boil Rumble competition—organized this year in cooperation with Craft Beer & Brewing—has roots in a passion for homebrewing and the brewery’s DNA as a 20-gallon kitchen startup.

The year was 2009. After selling his restaurant in Jackson, Wyoming, on eBay (yeah, that was a thing), Jeremy Tofte had just spent the past three years traveling in New Zealand and Indonesia, amongst other locales. The goal was to eventually open a brewery, and New Zealand was the dream destination—but after considering a variety of factors, Tofte found himself back in the States, catching waves and sipping cold pints of IPA in Encinitas, California. The craft beer scene in that area had been exploding, and the hop-forward ales from Pizza Port, Stone, and others inspired Tofte with a bold new vision of what beer could be.

One day his flip phone rang; it was Tofte’s former landlord back in Jackson, with the news that the current tenants of his former restaurant space weren’t paying rent. The landlord offered him the chance to take over the lease once again. Tofte had already taken steps to open a brewpub in Encinitas, but this offer seemed too good to pass up. It seemed like fate. He decided it was time to go back to the future.

After driving his 1978 Mercedes wagon to northwest Wyoming and taking back his restaurant, Tofte sold the old ride, used the funds to buy a 20-gallon brew system, and the Thai Me Up restaurant was reborn as a brewpub. The 180-square-foot prep room became a brewhouse, and Tofte started turning out Belgian-style ales and West Coast IPAs influenced by his days in SoCal. The buzz in town built slowly; eventually, a three-barrel system replaced the 20-gallon system. The Melvin Beer elephant in the room was growing.

“At the time, Snake River was the only other brewery in town, and they were known for making exceptionally clean lagers and English ales,” Tofte says. “We started putting out double IPAs, and half the town loved it, but half the town thought there was absolutely something wrong with our beer. We started to get a little down on ourselves because so many people in town complained about the beer, but then we entered a little contest called the Great American Beer Festival.” 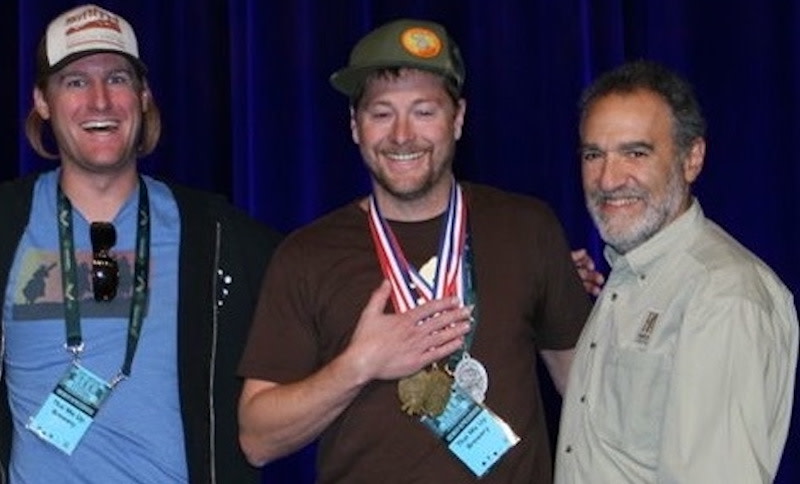 Their first year entering the competition, Thai Me Up went on to win a silver medal for Ch-Ch-Ch-Cherry Bomb, and gold medals for both Melvin IPA and 2x4 Double IPA. The feeling was indescribable, as Tofte and crew stood on the stage to accept the awards in front of some of their biggest beer idols. That was the night everything changed, and people across the Rockies and Pacific Northwest started clamoring for the absurdly hopped IPAs from the West Coast of Wyoming. Soon, investors came calling, looking to build a larger production facility for Melvin.

Fast forward nine years, and Melvin Brewing is churning out 240-barrel batches of IPAs and shipping them to 23 states as well as Asia—but the overwhelming love of the craft remains. They have scaled up the bold recipes but taken no shortcuts on the O.G. creations from that old three-barrel system at Thai Me Up.

The beer game has become wildly different, but Tofte remains committed to his roots in homebrewing. That passion is what sparked the idea for The Boil Rumble.

“The Boil Rumble is taking us back to our roots, and our goal is to give homebrewers a chance to become the hero,” Tofte says. “I used to volunteer at Portland Brewing on Saturdays, and I still remember the feeling of euphoria I got sitting at the bar, drinking the beers I helped make. It’s a feeling we want others to have. Homebrewers now have so much more info at their fingertips and are so much savvier than I was then. We’ve seen several homebrewers in the past 10 years join the pro ranks, come in blazing hot, and raise the bar industry-wide. I’m sure today’s homebrewers have things they can teach us, and we have things we can teach them, which makes The Boil Rumble a true collaboration.”

Melvin Brewing kicked off The Boil Rumble in 2019, and the inaugural competition was a big success. The winning recipes were announced during National Homebrew Con, parties were thrown (remember parties?), and eventually the winning clubs came out to the brewery in Alpine and made their recipes on Melvin’s seven-barrel pilot system. Eastbay Homebrew Club from Rhode Island was the champion, with their New England Breakfast Ale recipe—a brown ale with coffee and maple syrup. Melvin scaled up the brew to 120 barrels and sent it out in kegs and tall cans throughout its distribution footprint. 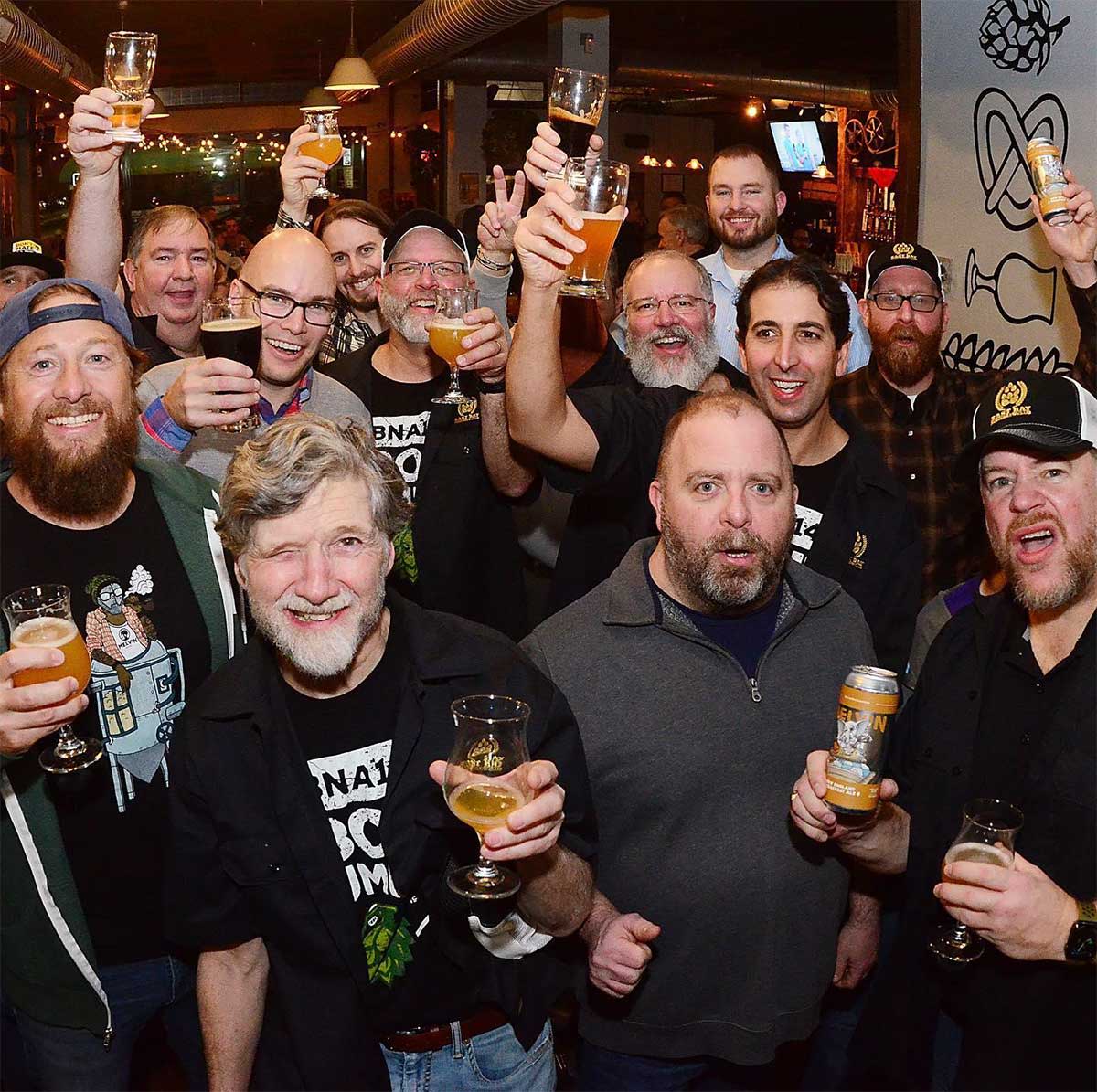 “Winning The Boil Rumble was the homebrewing dream of a lifetime,” says Steve Amaral of the Eastbay Homebrew Club. “Seeing our beer for sale at my local shop, after brewing it with the Melvin team on a professional system was something I will never forget.”

Then 2020 threw the entire world a curveball with COVID-19, and the Boil Rumble went on the back burner for a year. But all along, Melvin was determined to bring the contest back better than ever. Some of the details have changed, but the overall spirit of the competition remains. Melvin is committed to re-creating the winning recipe as-is, without substituting or reducing ingredients, and the judging of beers will be done by an independent, expert group so that there isn’t any bias in selecting the winner. This led to a natural partnership with Craft Beer & Brewing Magazine®.

“We’ve always had a lot of respect for Craft Beer & Brewing Magazine,” says Travis Cook, Melvin’s marketing director. “They are a huge resource for homebrewers, which is one reason we were excited to get them on-board for The Boil Rumble this year. We also thoroughly enjoy reading the reviews in the back of each issue, so we are stoked to have their expert panel judging all of the entries and picking a champion, along with a runner-up.”

“Sharing ideas and helping each other is a core tenant of the craft brewing world,” says Jamie Bogner, Craft Beer & Brewing’s cofounder and editorial director. “We’re thrilled to work together with Melvin, to collaborate and create something cool that keeps the brewing excitement level high, and to give homebrewers this unbeatable opportunity to see their creative ideas executed at a grand scale. Staying true to your roots is important, and as breweries grow, their connection to homebrewing beginnings can become more tenuous. It’s been exciting to watch Melvin Brewing launch this competition as a way to strengthen their connection to grassroots brewers across the country, and together we’re going to make sure the 2021 Boil Rumble is one for the history books.”

They say history repeats itself, and maybe The Boil Rumble will be your chance to live out your own pro-brewing fantasy, just like Jeremy Tofte did many years ago. The first step is knowing that your beer is great enough to compete with the best of them. Think you’ve got what it takes? It’s time to join the Rumble!