Flavor Fever: The Tightrope of Gose

A nearly forgotten style became a popular plaything in American brewing. Balance, as usual, is the trick—and how to pull it off depends on what you put in it.

Despite the slow, orderly evolution and subtle trends beer styles often follow, there are many cases where something new—or obscure or even dead—will suddenly catch fire and fit the moment perfectly. This is the case for gose, which disappeared in the 1960s from its home in central Germany after a couple of centuries or more. I’ve been writing about this fascinating style since the 1990s; for a while, gose got only sporadic love from craft breweries, mostly as an exercise in curiosity. At some point about 10 years ago, this reclusive style bounded onto the American craft scene, ready to rock.

There were classic versions, but the real madness was for fruited ones: raspberry, watermelon, cucumber, citrus, and many others. Some breweries had trouble keeping up. My friend Fal Allen, brewmaster at Anderson Valley (Boonville, California), long famous for classic hoppy West Coast styles, recently described their brewery as “a gose factory.” A commercial brewery ignores a market opportunity at its peril, so many hopped aboard the trend.

Historically, gose is a member of an ancient family of Northern European white beers spreading from England into the Baltic. All share a base of wheat, often with oats, combined with extremely pale malt—air-died rather than kilned. Most are hazy, and many are sour—or once were. Belgian witbier and Berliner weisse are the most celebrated, but others such as Lichtenhainer, Grodziskie, and long-extinct Devon white ale are also part of the group. Kvass (a mildly alcoholic, lightly sour beer of Slavic origin, commonly made from rye bread or flour and flavored with mint or fruits) is a stretch, but you can make the case. Gose went dormant when its last champion died in 1966. The style was not revived until the mid-1980s in Leipzig, where it had its strongest following.

Probably named for the river of the same name, gose is something like a mashup of Berliner weisse, a similarly sour beer, and Belgian witbier, with which it shares coriander. Legend has it that the local brewing water contributed some saltiness. Leipzig water tests between 25 and 35 ppm, the point at which salt just starts to show its presence, but this level doesn’t result in a noticeably salty beer. In small amounts, salt enhances richness and sweetness, which is why it’s commonly added to baked goods.

In Chemie des Bieres (1858), Christian Grimm lists an analysis of gose at 12°P gravity and a 5.6 percent ABV. In the late 1800s, the government created a category for schankbier, or low-alcohol beer maxing out at 9°P, compared to lager beers generally at 11° to 12°P. In 1923, a tax law limited weisse and others to between 7° and 8°P, resulting in beers in the range of 2 to 2.8 percent ABV. Beer this light can taste thin, so the salt was a welcome additive, giving the beer a bit more heft. Modern versions are mostly in the 4.5 to 5.5 percent ABV range.

Gose is a subtle balancing act. A beer as salty as potato chips is not so much fun to drink, so the brewer needs to have a light hand, but also consider the context. A cucumber or watermelon version makes sense of the salt as both are frequently eaten with a dash of it. Fruitiness and acidity can diminish the saltiness to some degree.

Coriander is classic, but it’s not always evident in fruited versions. Be aware that it can smell like orange, lavender, or piney resin (good things in beer), or cilantro (a good thing in tacos). Subtle and pleasing is the goal.

Gose grain bills are similar to Belgian witbier: about half the recipe is super-pale malted barley plus 10 percent or so flaked oats, and the remainder is wheat. In Germany, malted wheat is the norm, but I’m partial to unmalted as it gives more wheat character and haze. No matter the blend, the aim should be a soft and fluffy palate, a pleasing haze, delicate white-bread aroma, and little else.

Hops have never played much of a role in lactic beers because the antibacterial compounds in hops are active against Lactobacillus and related types. Hops bitterness must be kept below 10 IBUs, at least until the souring is done.

The degree of sourness is always somewhat of a mystery in antique styles, especially before comprehensive analyses became common. Delbruck, in 1910, notes it is made from unboiled worts and says that due to “randomness and uncertainties” of the former mixed fermentation, “pure lactic acid cultures” were becoming the norm by that time. Schönfeld (1938) gives lactic acid content for all North German sour styles in three ranges:

As with so many other things in brewing, sourness is a conscious decision made by the brewer to his or her personal taste, the customers’ demands, the context of any particular beer, and the flavorings used, among other things. We still find a pretty wide range of souring today. 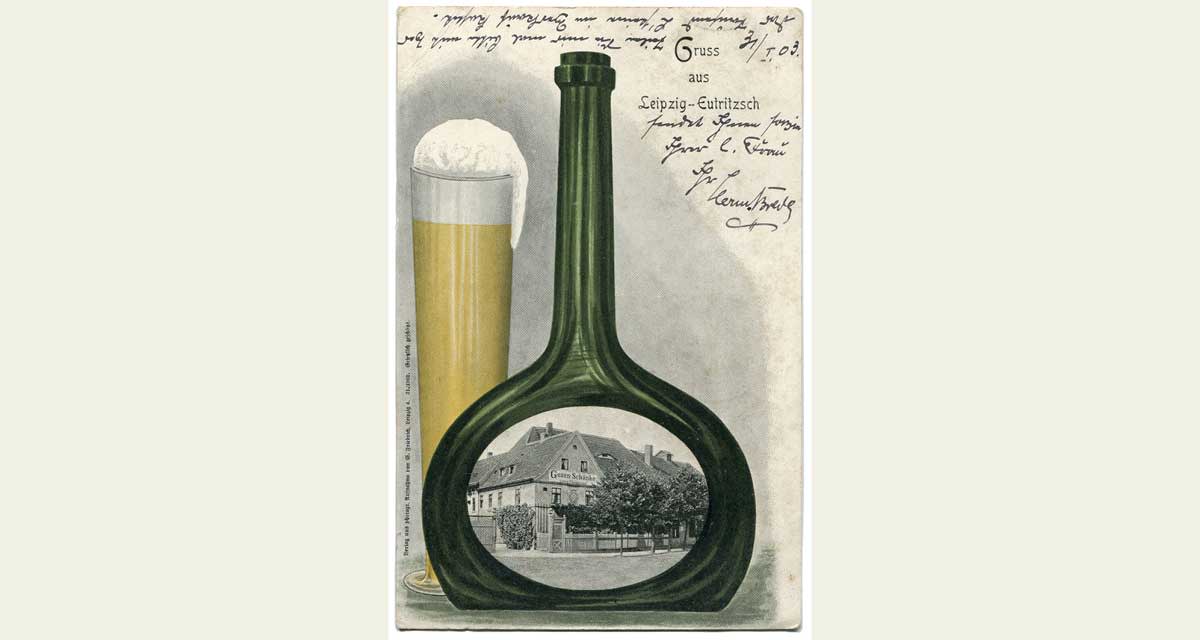 Like Berliner weisse, gose took advantage of a clever trick for acidifying beers without risking brewery contamination: kettle souring. After some experimentation with sour mashing, kettle souring became widely adopted about 10 years ago. In this process, wort collected in the boil kettle is brought to pasteurization temperature, then cooled to a little above body heat, and then pitched with a Lactobacillus culture. After a souring period of eight to 20 hours, the soured wort is boiled, chilled, transferred to the fermentor, and pitched with normal yeast. This creates a mild to brisk acidity due to the production of lactic acid, the same tang you would find in yogurt. Each type of acid brings a different character, with lactic being rather soft and creamy, even when the acidity gets pretty frisky. (For more about kettle souring, see “Become a Kettle Sour Expert” on beerandbrewing.com.)

Kettle souring has some drawbacks. Lactic fermentation is especially sensitive to oxygen, and in some circumstances, funky off-aromas can be produced. Most notable is methanethiol (aka methyl mercaptan), an odoriferous chemical that can reek like a garbage truck or old sewer pipes. People seem to differ in their sensitivity as well as their attitude toward it; many even enjoy “the funk.” Either way, this is something you should be on the lookout for in all quick-soured beers. Many brewers I know consider this a fault, and those brewing serious amounts of lactic beers generally use a closed fermentor, which creates a more controllable environment and results in cleaner beers. Nevertheless, if done properly, kettle souring can be a useful tool for this and other styles.

As I mentioned earlier, “classic” gose is available, but the action in the marketplace is with fruited versions. These can be challenging to brew and complex to taste as there are a lot of things to think about. First, sour, salty, and bitterness are all in there—are they in balance? Then, is it a good idea? Do the fruit and the beer work well together? Fruit can add the perception of sweetness simply because that’s how fruit tastes when we eat it. Each fruit also brings with it an expectation of a certain level of acidity, so if you spike sweet fruits such as watermelon or pear with a ton of acidity, it breaks the illusion. Conversely, an acidic fruit such as blackberry in an insufficiently tangy beer seems dull and lifeless—“flabby,” as they say in the wine world.

Does the fruit flavor itself taste natural? This is a hard one for brewers because a typical fruit beer will be only about 10 percent fruit, often less, so the acidity and mouthfeel have to be recreated—two reasons why gose makes a pretty good base. Some fruits have clear and well-defined flavors: think raspberries. Others, such as blueberries and blackberries, might taste good bite-by-bite but in a beer turn into a sea of vague berry blandness. Many natural extract-type products are commercially available, and some of them smell pretty nice. But when added to a beer, they can feel a little one-dimensional at best and kind of awful at worst.

Also, many desirable fruit flavors—peach, watermelon, and strawberry are notorious—are unstable and fade as the beer ages, losing character and intensity during fermentation. While color is not a part of our chemical senses per se, it has been well-demonstrated that a nice vibrant color attuned to the fruit flavors makes the drink taste fruitier, even sweeter. 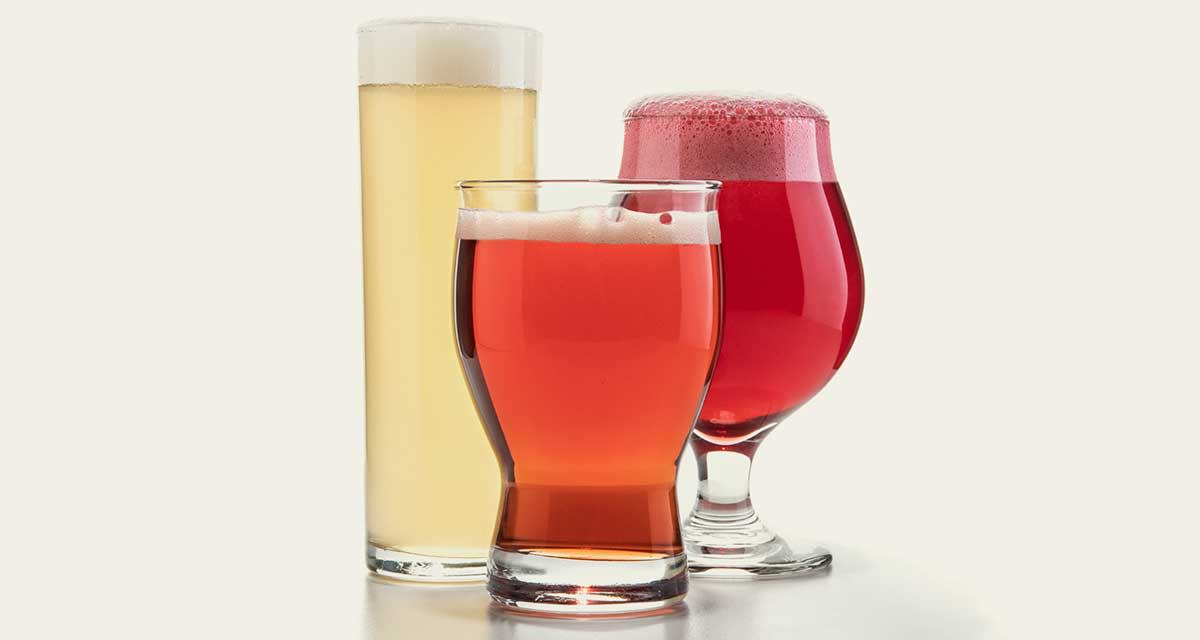 Historic gose has some interesting peripheral details. It was traditionally served in a tall, footed cylinder and dosed with kümmel (caraway) or other liqueur, as Berliner weisse was. Most bizarre is an old-fashioned method of stoppering the long bottlenecks by allowing the bacteria to grow a gelatinous plug (same material used to make low-fat salad dressing, if you’re interested), which sealed the bottles. Yes, the yuck factor is pretty high, but it just goes to show you what an unrelentingly amazing place the beer world is.

The key to a proper gose, says Fal Allen, the longtime brewmaster at Anderson Valley Brewing Company, is to go easy on the salt and don’t put too much stock in the fancy stuff.