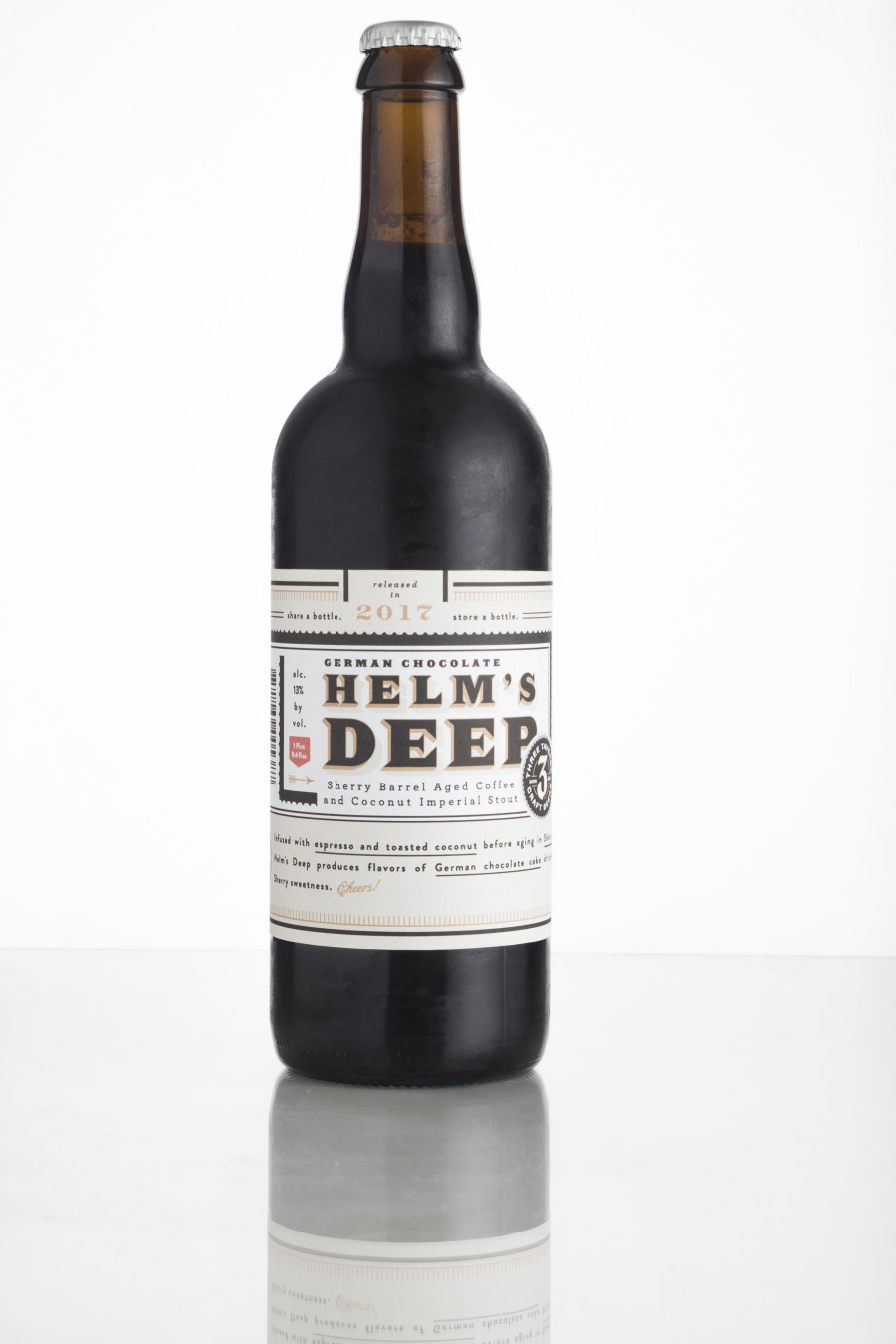 “Infused with espresso and toasted coconut after aging in Sherry barrels, this variant of Helm’s Deep produces flavors of German chocolate cake drizzled with coffee and rich Sherry sweetness.”

Flavor: “Syrupy sweet toasted coconut floating in hot chocolate. The alcohol balances the sweet, but it’s right at the edge of cloying (if not over). The aftertaste lets more of the roast shine through. A bit of a barrel note on the swallow. It’s gloriously and unapologetically unbalanced in the best of ways.”

Overall: “Fantastic coconut character, though it’s a shame it gives it such a lackluster appearance. Chocolate bar meets whiskey shot meets crème brûlée, meets STFU and drink this! A bit too sweet overall, but enough rich complexity emerges on your palate after that initial sugar shock to keep it interesting. Oily, chunky, uncarbonated, but delicious!”