Want to Get Away? Drink and Hike Your Way Across the Mountain Side of Maryland

Isn’t it about time we all got back to reconnecting? To raise our spirits in celebration with family and friends? To reawaken our appetite for new tastes and adventures and to savor every moment? 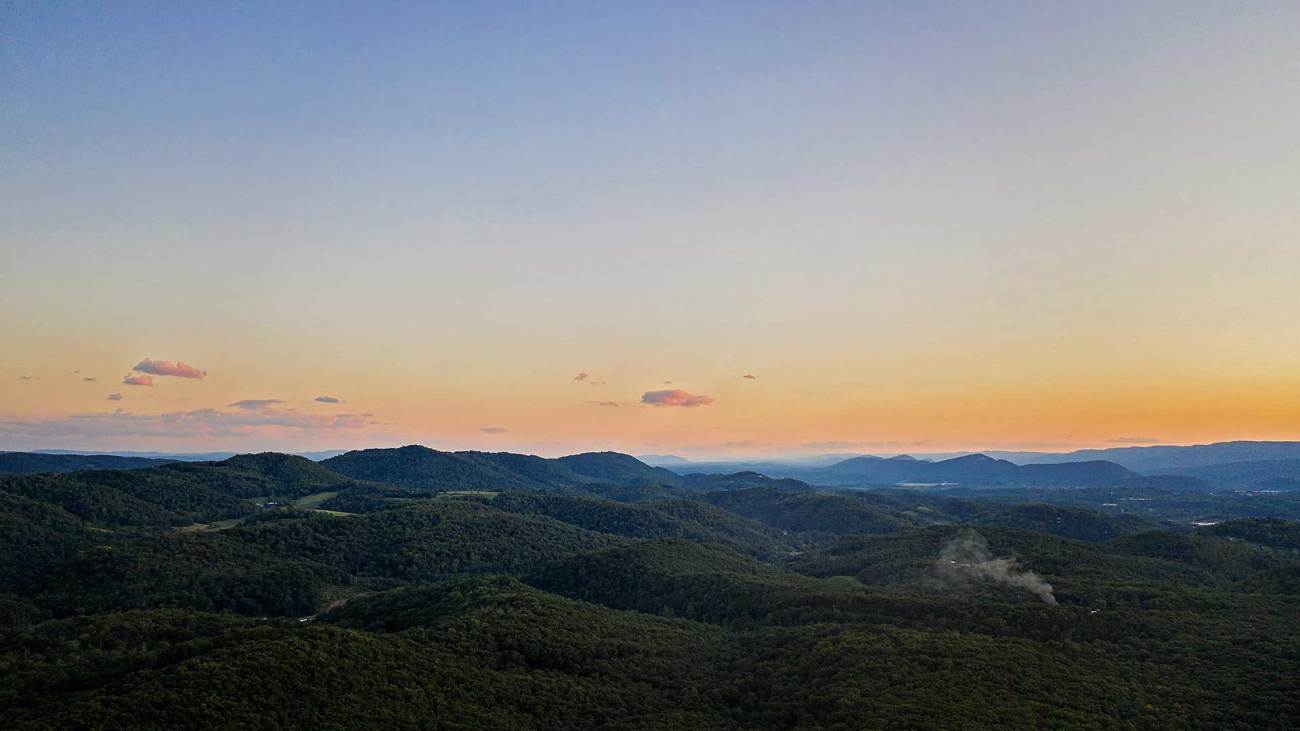 Home to nearly 70,000 acres of public land, Allegany County is situated in the Allegheny Mountains on the sliver of Western Maryland's panhandle that separates Pennsylvania from West Virginia. Surrounded by mountains, Maryland’s largest contiguous forest, and the flowing Potomac River, the region is home to a diverse showcase of outdoor recreation and a growing brewery scene. 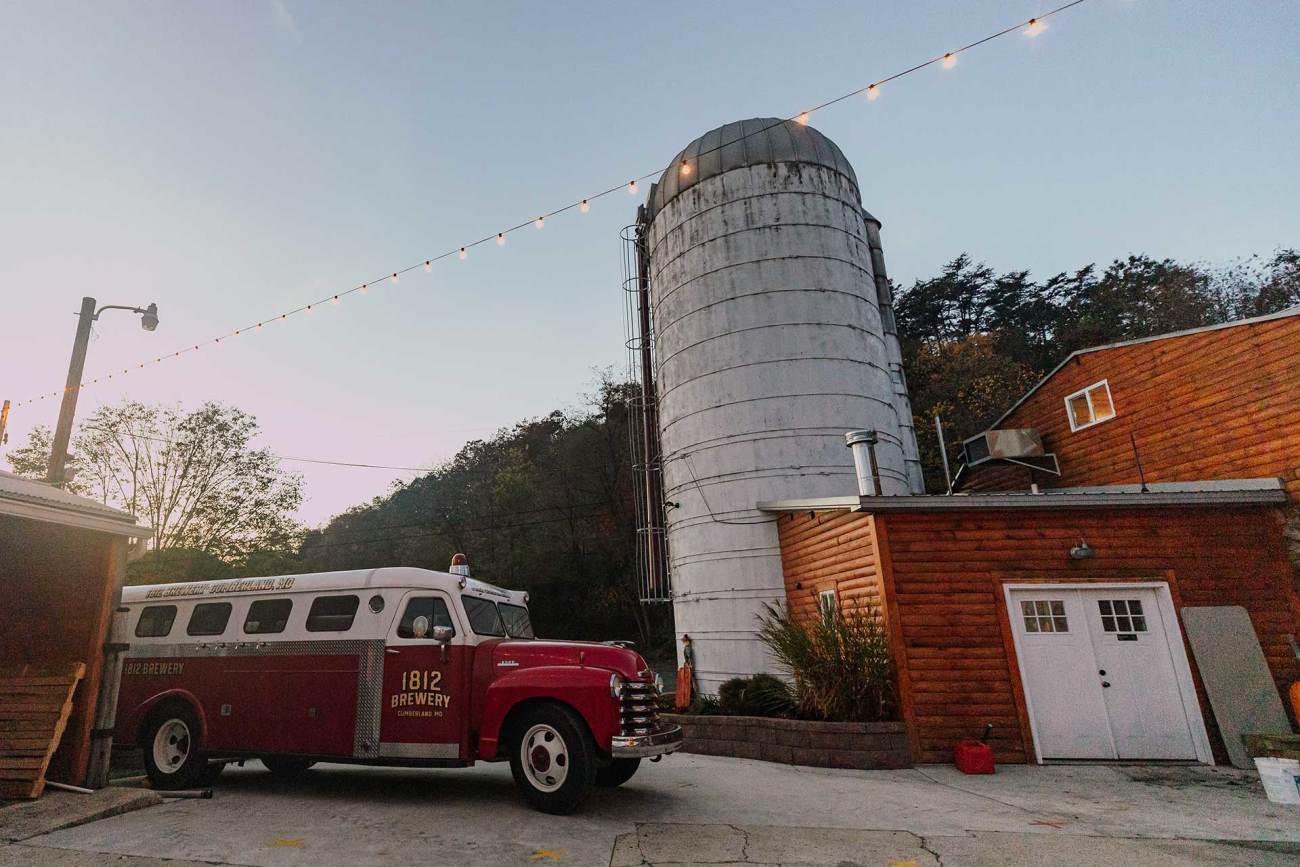 The ﬁrst farm brewery in Allegany County, 1812 Brewery is credited with the start of Mountain Maryland’s brewery movement. The McCagh family opened the brewery in 2017 on their 190-acre farm, where they grow their own hops on a 20-foot-high trellis system. The taphouse, a converted barn built in 1812, houses the vats and tanks for brewing, and a rustic bar area where guests can sample beer ﬂights, drink a pint of their favorite, or purchase growlers to go. With its two iconic silos and string of patio lights, 1812 is the perfect place to sip a craft brew, catch a Mountain Maryland sunset, and enjoy the sounds of music on its outdoor stage. 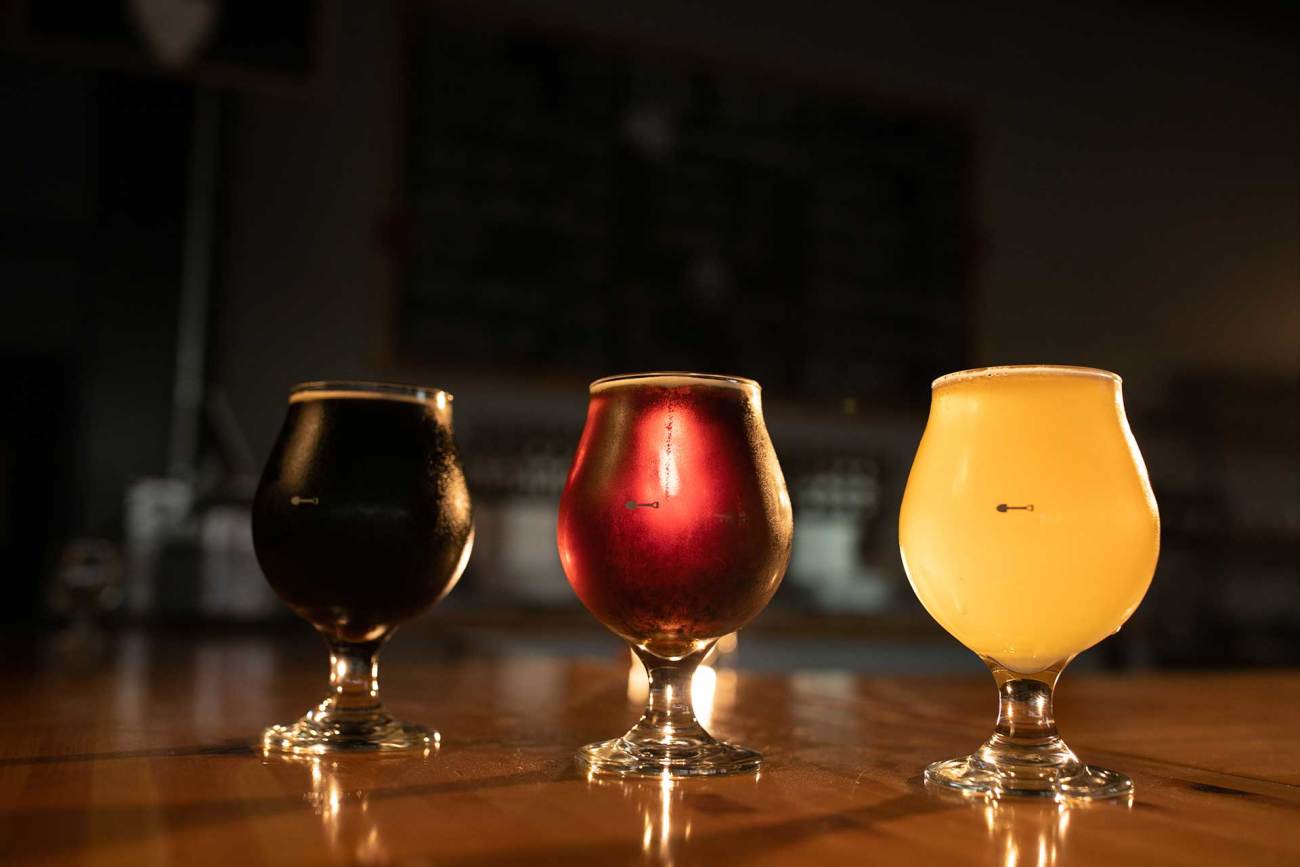 Located in the recently restored historic Footer’s Dye Works building in the heart of downtown Cumberland, Dig Deep Brewing sits beside the intersection of the two internationally recognized bike trails, the Great Allegheny Passage and the C&O Canal Towpath, and the Potomac River. Oﬀering a robust selection of craft beer and specialty seltzers, this is a great stop after your day out on the region's vast trail systems or after exploring the historic downtowns. On the weekends, catch Dig Deep’s year-round live music schedule and pair your beer of choice with the brewery’s rotating regional food truck lineup. 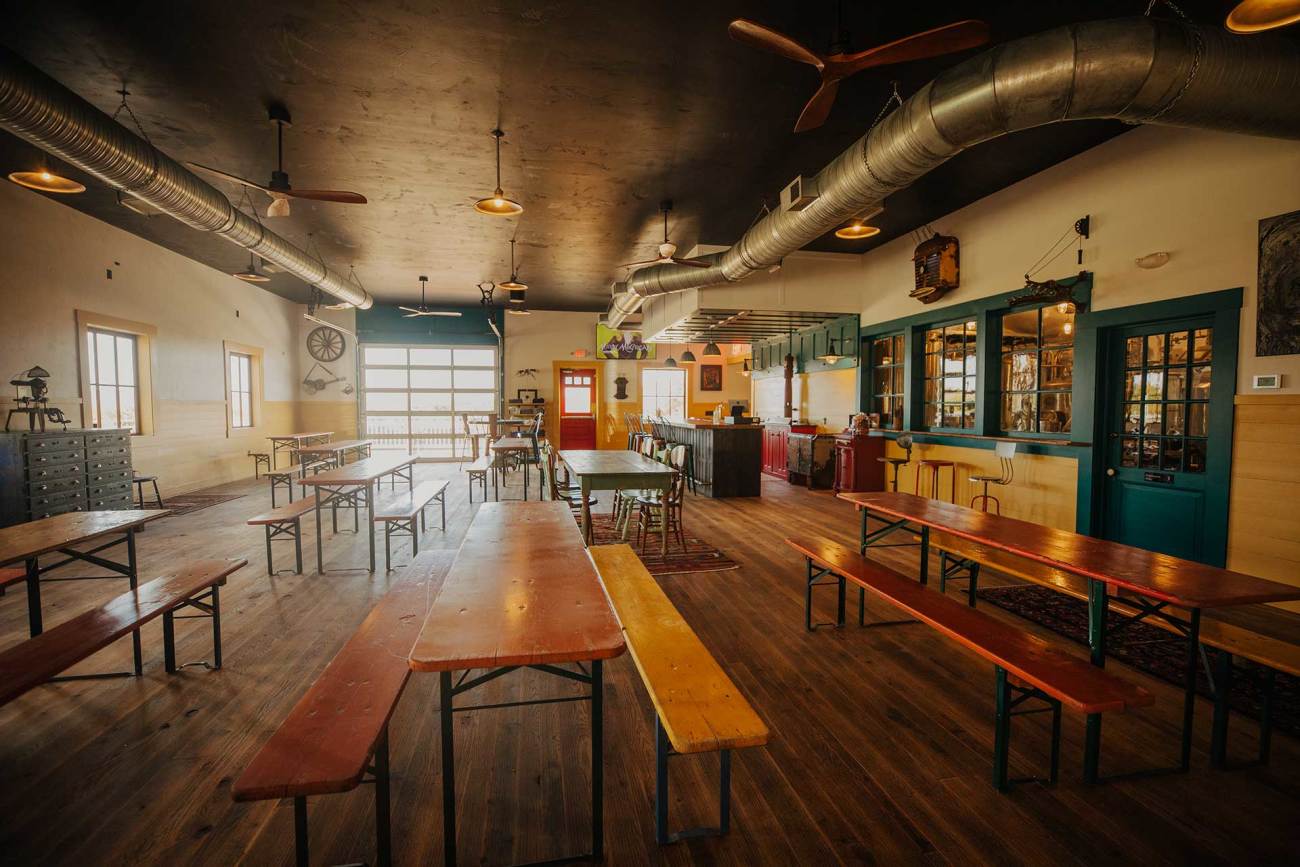 Locust Post Brewery is Allegany County’s newest farm brewery, designed and built from the ground up on a 26-acre farmstead in Little Orleans. It is a great first-stop as you enter Mountain Maryland’s gateway at one of the best rock exposures in Maryland, Sideling Hill. The design and construction incorporate repurposed and upcycled materials, both in the fabric of the structure and the artwork created by the Cornwells, who are artists as well as brewery owners. The brewery derives its name from the Black Locust posts used as anchor poles for the hop vines growing next to the brewing facility/tasting room. Locust Post offers a wide variety of beers that incorporate flavor elements from the surrounding farmland. Sit down in their taproom and enjoy a brew and the many conversation pieces throughout, sip from their outdoor patio spaces that overlook the rolling Allegheny Mountains, or sway to the music from the brewery’s new, custom-built outdoor amphitheater, which features weekly live music. 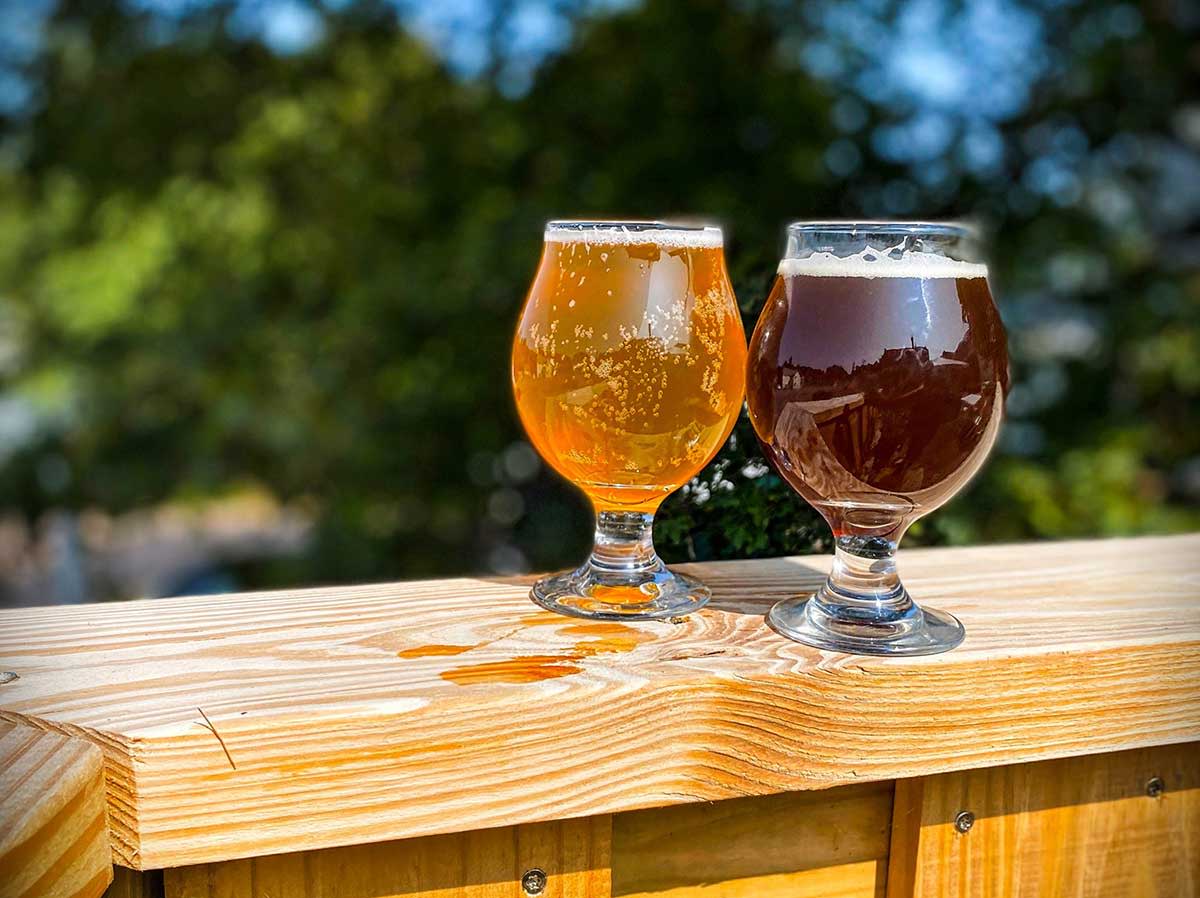 Route 40 Brewing & Distilling is located in the historic Hotel Gunter on Main Street, in the mountain community of Frostburg. Originally opened on New Year’s Day 1897 as the Gunter Hotel, the property's past used have included a petting zoo, a basement jail used by federal marshals when transporting prisoners along the historic National Road—and of course, during prohibition, those “in the know” were able to enjoy illegal libations in the hotel cellar’s speakeasy. Today, The Speakeasy is alive and well, known as the place to be, serving up a variety of Route 40 craft beers made onsite, as well serving the distillery’s vodka, “goat” shine, dark rum, light rum, and gin. 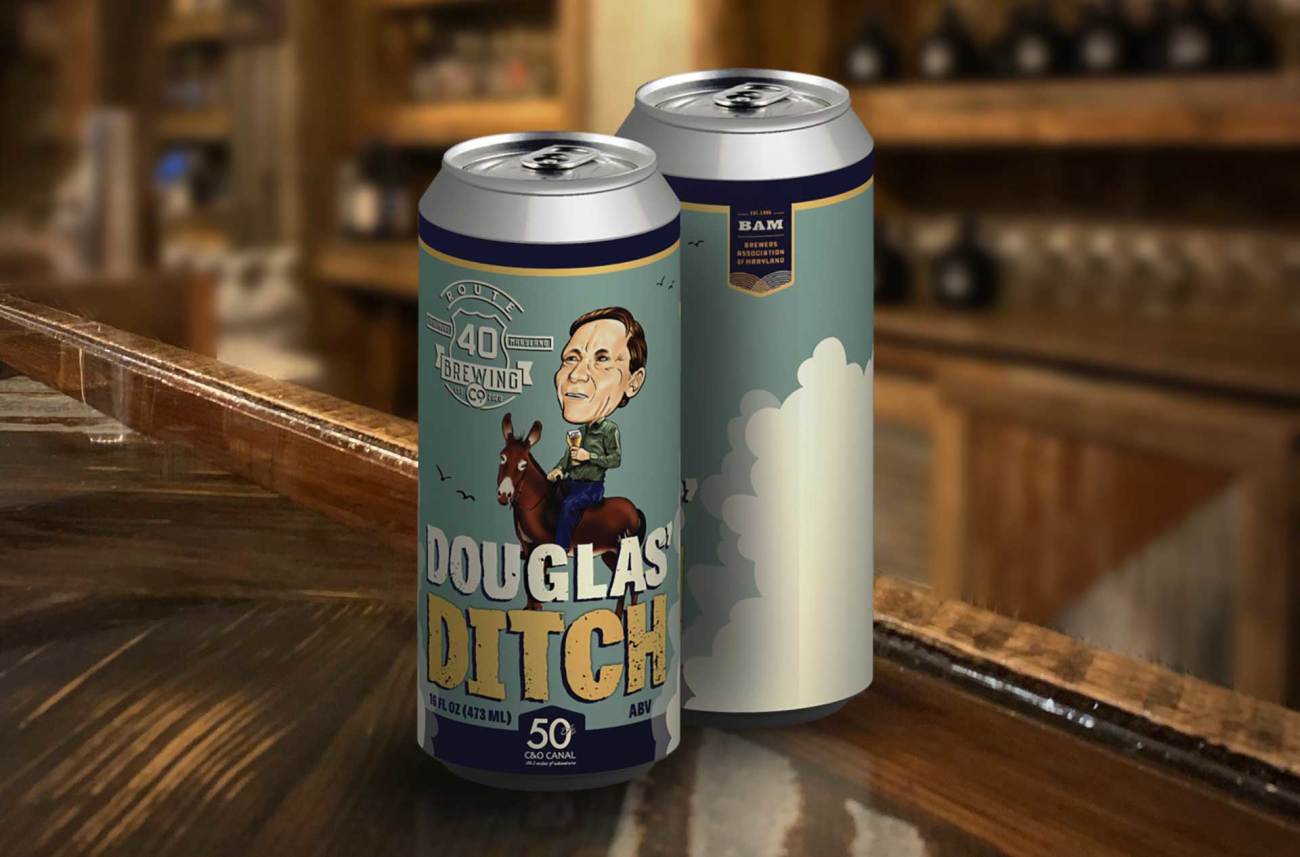 As an added bonus, communities along the Chesapeake and Ohio Canal National Historical Park—the eighth-most visited National Park in America—launched the C&O Canal Libations Trail. It features 10 breweries along the 184.5-mile trail from Cumberland to Washington, DC, to celebrate the 50th anniversary of the park joining the National Park Service. Allegany County’s four breweries have teamed up as part of this effort to produce Douglas’ Ditch, a lager that combines the names of Supreme Court Justice William O. Douglas—who played a role in preventing the canal from being turned into a parkway in the 1950s—and the “Grand Ole’ Ditch,” a nickname for the C&O Canal since it opened for business in 1850. The beer is currently available at all four breweries.

The Mountain Maryland Tap and Pour Tour also features the county's wineries and distillers, which include Charis Winery in downtown Cumberland and the Toasted Goat Winery in Frostburg.