3 Advantages of a Lauter Grant

The lauter grant, among the least publicized of the brew-day gadgets, permits access to runoff as the mash is lautered and sparged.

The lauter grant is simultaneously one of the most useful and among the least publicized of the brew-day gadgets. Placed between the lauter tun and the boil kettle, a grant offers brewers valuable information about runoff quality and serves as a handy buffer between grain and wort.

The grant is rarely found in large commercial systems, but it was, at one time, a vital component of most German breweries. It is, in function if not always form, nothing more than an intermediate vessel in which liquid is collected on its way from the lauter tun to the boil kettle. The grant, thus, permits access to runoff as the mash is lautered and sparged. There are a few advantages to such a configuration:

In a typical modern grant, wort enters a small cylindrical container through the bottom and is pumped away from somewhere nearer the top. Breweries in the late nineteenth and early twentieth centuries, however, featured elaborate grants that were fed by a long row of copper faucets, each of which drew wort from a different part of the lauter tun. Adjusting each faucet offered brewers precise control of the wort issuing from the tun. Such a grant can still be observed_ in situ_ at Anchor Brewing Company in San Francisco. 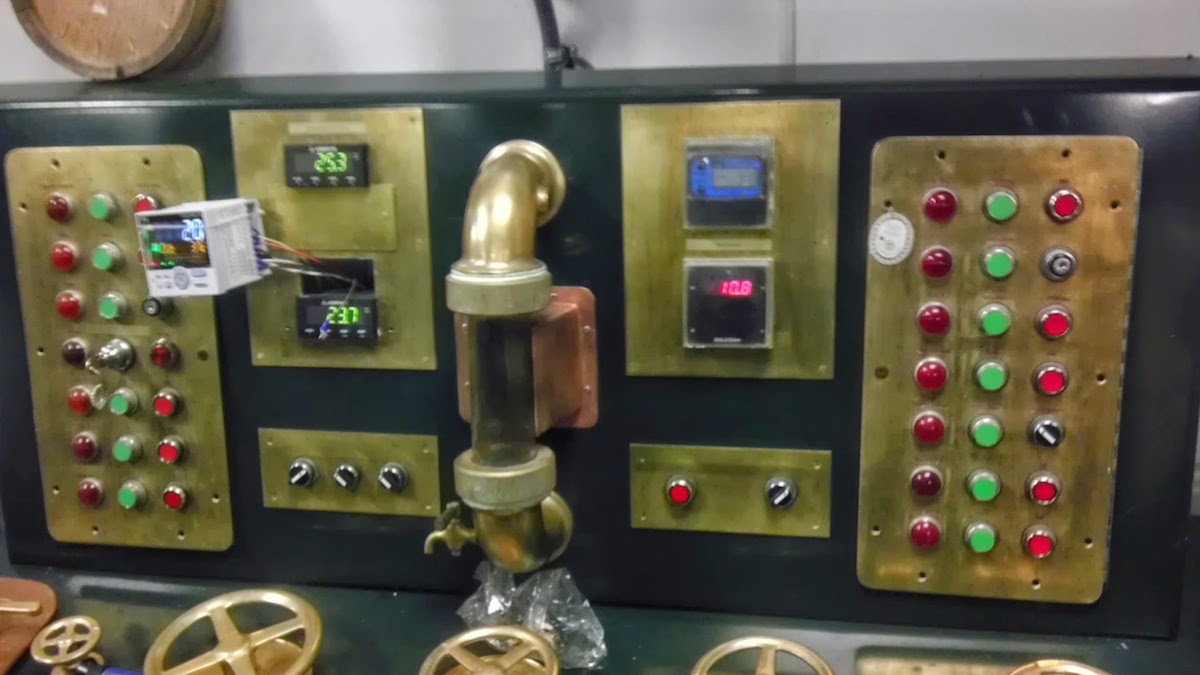 ABOVE: The sight glass on the brewhouse at Prost Brewing Company, Denver, Colorado.

The grant has long since given way to the sight glass in most breweries, but it remains a standard feature on many small pilot systems. And most all-grain homebrewers already use a type of grant, whether they know it or not. When you collect the initial runnings in a pitcher, saucepan, bucket, or other vessel as part of the recirculation process called vorlauf,_ _you are, in essence, using a grant.

Enthusiastic homebrewers who want to include a grant in their dream rigs can gravity drain from the mash-lauter tun directly into the bottom of an old stock pot or kettle and pump wort from the upper part of the same. Initial runoff should be pumped back to the top of the grain bed and then redirected to the boil kettle once the wort is free of particulate matter. Frugal homebrewers may, of course, continue to use a pitcher.

Regardless of the path you choose, the grant is an important piece of the home brewery, allowing brewers to brew clearer, better beer.

From ingredients to equipment, process, and recipes—both extract and all-grain—_The Illustrated Guide to Homebrewing _is a vital resource for those new to homebrewing or those who simply want to brew better beer. Order your copy today.

AT TOP: The grant on the Fort Collins Brewery’s pilot system.

Parti-gyle brewing (brewing multiple worts from a single mash) is still vital for brewers such as London’s Fuller’s Brewery. Homebrewer and writer Joe Stange paid them a visit to learn how homebrewers can add it to their arsenal.