“Sour beer is different—not just from other beers but from other beverages,” says Jay Goodwin, the cofounder and director of blending and brewing at The Rare Barrel in Berkeley, California. The less-than-two-year-old brewery is exclusively producing sour beer and quickly establishing itself as one of the leading sour-beer experts in the country.

Goodwin likens brewing and fermenting sour beer to conducting scientific analysis, and he fondly refers to his beers as “experiments.” Most of these experiments are primary fermented with a combination of wild yeasts and souring bacteria and then aged in oak barrels for six months to three years, “depending on how extreme the experiment is.”

One of these experiments was Ensorcelled, a dark sour ale aged in oak barrels with raspberries. Ensorcelled, another word for “enchanted,” was named for Goodwin’s utter fascination with the barrel-aging process. During ten months of tasting this beer from its barrel, he repeatedly expressed that it was one of the best sours in The Rare Barrel’s cellar.

As it turns out, Ensorcelled was one of the best sours in the global craft-beer cellar, so to speak. The beer validated the foresight required in tasting and blending beer barrels when it won gold at the 2014 World Beer Cup in the American-Style Sour Ale category. At that same World Beer Cup, The Rare Barrel was awarded a bronze medal for its Shadows of Their Eyes dark sour beer in the Belgian-Style Flanders Oud Bruin or Oud Red Ale category. A few months later when the brewery took home a 2014 Great American Beer Festival gold medal in the American-Style Sour Ale category for Cosmic Dust, a golden sour aged in oak barrels with hibiscus, the word had gotten out about Goodwin and his world-class sour beer.

Goodwin got his start in the cellar at The Bruery in Placentia, California, where he worked as head of the barrel-aging program. “I got great experience there making absolutely crazy beers. I learned from great brewers. When I left, there were 1,500 oak barrels, with which I honed my interest in sour beer. That role drove a lot of inspiration for The Rare Barrel.”

The first batch of The Rare Barrel’s beer was brewed in its Berkeley production facility in February 2013. In December of that year, Goodwin and his business partner Alex Wallash opened The Rare Barrel’s tasting room. Those ten months are what Jay calls “that awkward stage.”

“And when I say awkward,” Jay explains, “I mean that really stressful, hair-falling-out stage.”

Goodwin brews his beers using a trial-and-error process, beginning with three base beer recipes: golden ale (see the recipe), red ale (see the recipe), and dark ale (see recipe). “We have no idea what those beers will end up being,” he says. After a beer has been brewed, he and his team wait three to six months to taste it and decide what fruits, spices, or other additions might best work with the base flavors. In addition to raspberries and hibiscus, Goodwin has aged his sour beers with ginger, rose hips, apricots, orange peel, elderberries, lavender, sour cherries, and vanilla beans, among other ingredients. “More often than not, our beers taste different than we expected because sour-beer production is so unpredictable,” Goodwin says.

Brewers working with souring microorganisms such as strains of Pediococcus or Lactobacillus are like lab scientists with a lot to lose. “We have to dump barrels all the time,” says Goodwin. “You have to just embrace that culture because there are so many off-flavors that come with the process. There’s this weird, perverted sense of happiness that comes over us when we dump a batch. We’re trained as brewers to identify off-flavors and hate them. It’s like a golden ticket moment: It’s really bad, right? Yeah it’s really bad.”

In addition to unpredictability, another challenge for sour-beer brewers is inconsistency. Yeast and bacteria cultures change over time, not to mention that flavors can vary greatly from barrel to barrel. Much as Goodwin celebrates those golden ticket “celebrated beer dumps,” he also adopts a “Hawaiian-style mantra” that “a beer’s gonna be what it’s gonna be.”

“One of the fun parts of sour-beer brewing is embracing variation,” Goodwin adds. “We appreciate improvement, complexity, and depth over time. Consistency for us is based on year-over-year batches. We’re more of a winery than a brewery in that way.” 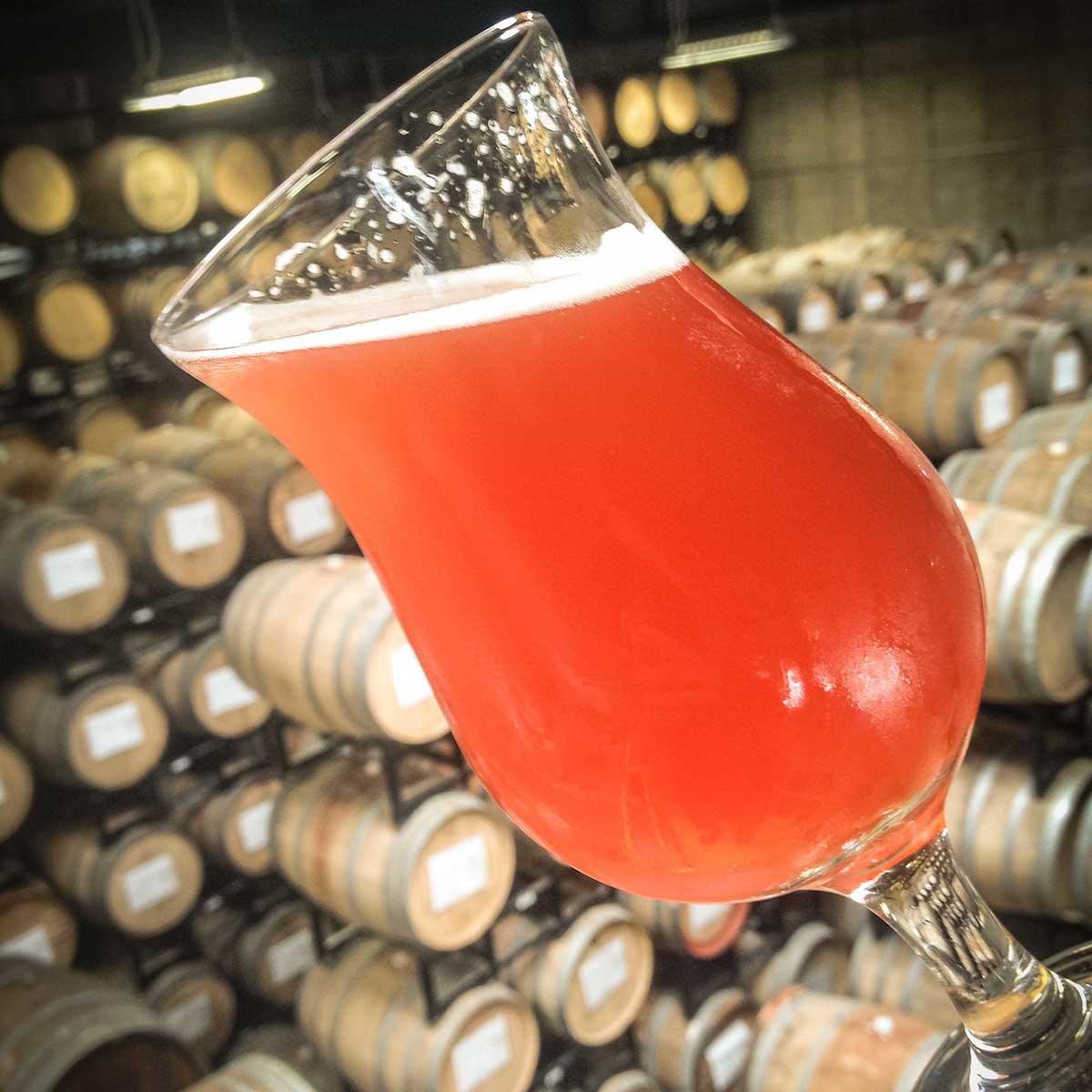 Despite capricious ingredients and the bad batches that are inevitable when brewing sour beer, when those barrels do make the cut and those cultures do behave as intended, the resulting flavor is unparalleled. “The flavors of sour beer don’t come through in any other beverage,” Goodwin says. “They range from acidic to funky, from dry to sweet, and beyond. They represent the uniqueness of wild yeast and microorganisms coming together. It’s an exciting process for us.”

“The sour beer experiment is one that people have just been scratching the surface of,” says Goodwin. He points out that resources about best practices for sour-beer brewing are quite limited for both homebrewers and professional brewers. “How to make sour beer isn’t very well documented, although we do have vibrant online and homebrew communities supporting its creation. The Rare Barrel wanted to be a part of advancing these conversations.”

So with the help of The Brewing Network, Goodwin launched a podcast called The Sour Hour. In this monthly hour of air time dedicated to sour beer, Goodwin hosts guests such as the author of American Sour Beers, Michael Tonsmeire, and wood cellar manager at New Belgium Brewing, Lauren Salazar. He fields questions from homebrewers and tells stories of his recent sour experiments at The Rare Barrel. “The show is basically conversations that I’m already having, just available to a larger audience. We’ll never settle on one good way to make beer; we’re always questioning what we’re doing. We’re excited to contribute to the conversation of how to make the best sour beer.”

The Sour Hour podcast is available for free download on iTunes. You can tune in live at thebrewingnetwork.com/tv and call in with questions to 888.401.BEER (888.401.2337) during the show.