We all know how profoundly the types of malt we use can change what we brew. Less obvious is how independent brewing is changing how barley itself is being grown—leading, eventually, to exciting new options for brewers.

Dan Carey, brewmaster and cofounder of Wisconsin’s New Glarus Brewing, doesn’t like recipes that simply call for “pale malt” without specificity. Nor does he like it when people describe base malt as “a blank canvas.”

American craft beer came of age when the barley varieties available were bred for the big brewers. They emphasized mash efficiency and enzymatic power for adjunct brewing; flavor was not a consideration. Because that was the only readily available malt, it was the malt that most brewers—even craft brewers—used. Carey, however, has always gravitated toward beers of deeper malt character, such as those of Northern Bavaria.

“Barley malt is an important ingredient in beer,” Carey says, “and we are always wanting to get maximum flavor from all of our ingredients.” As a result, he and New Glarus have always experimented with new and interesting barley varieties to ensure that their base malt is not a blank canvas—it must contribute flavor.

When Dave Kuske and his partners founded Proximity Malt in 2015, they were responding to vulnerabilities in the malt-supply chain. Recent issues with the big players in malt resulted in barley being shipped from Europe for malting in America. How could such a situation arise?

It is called a supply chain, and like any other chain, it is only as strong as its weakest link. If a problem arises with one link, such as a year of bad weather or disease affecting a barley crop, the chain falls apart. The very thing that made that malt-supply chain efficient is what made it vulnerable.

Enter Proximity Malt. “The whole idea was to pick areas [of America] that are underutilized and bring back malting barley for craft brewers,” says Kuske, Proximity’s vice president of innovation, about the company’s vision.

European brewing, with its variety of traditions, has been less homogenous than American brewing. There, centuries-old breweries have ensured that supplies of their desired barley remain. British brewers, for example, often boast that their beer is made from Maris Otter or Golden Promise (both 50-year-old varieties), while Bavarian breweries often boast their use of Moravian breeds (which can all be traced back to a variety called Hana, from circa 1870).

By working with heirloom European varieties, Proximity Malt was able to identify the types of barley abandoned by the big American brewers, get them into the hands of farmers, and thus supply interesting malts to the exploding number of small breweries. Now with malthouses in Colorado and Delaware, Proximity supplies malt made from Genie barley in Colorado and Violetta barley in Delaware. 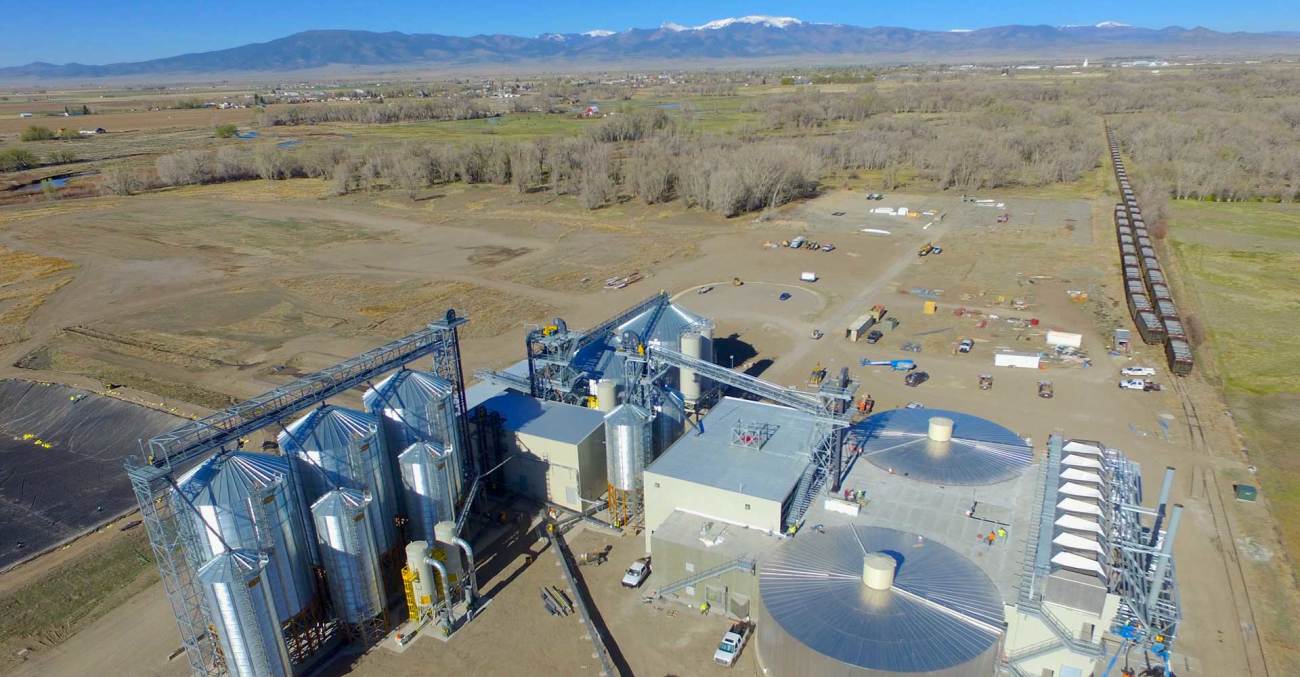 While Proximity looked to Europe for interesting barley varieties, North American breeders—emboldened by the growth of independent brewers—were busy trying to breed new barleys meant for those brewers. It’s a complicated process. It involves not only private and public breeders (such as state universities) and various parties in the supply chain, but also industry groups and state and federal agencies. In the United States, that includes the American Malting Barley Association, which analyzes barley and publishes an annual list of recommended varieties. In Canada, where barley breeding is entirely public, assistance comes from the Brewing and Malting Barley Research Institute, provincial grain commissions, and the Canadian Malting Barley Technical Centre, which publishes its own list of recommended varieties.

It takes years for new breeds to make it through that process, but the recent proliferation of small brewers and maltsters is finally giving new barley varieties a chance. Brewers are seeking points of differentiation, and malt can finally provide them.

In Canada, the University of Saskatchewan is where one of the currently dominant barley varieties, CDC Copeland (first registered in 1999), was originally bred. Aaron Beattie, a barley breeder there, is optimistic for newer variety—CDC Bow, first approved for growing in 2016.

“For the farmer, Bow is consistently yielding 4 percent more than Copeland, and it is extremely lodge resistant [meaning it does not fall over due to wind or hail], so the farmers see an advantage.” Better disease resistance also means fewer pesticides. That means more profits for the farmer and a better product overall.

“For the maltster, Bow has … very low beta glucan, giving the maltster more flexibility. It has good friability and extracts are very high,” Beattie says. The low level of beta glucan allows the maltster to shorten or lengthen the period of germination, giving them flexibility in controlling enzymatic power. Thus, they can create malt that mimics the less-modified types popular in parts of Europe.

Less than an hour north of the university is Rosthern, Saskatchewan, a town of fewer than 1,700 people. There, Matt Enns helped found Maker’s Malt, a craft maltster located in the heart of Canada’s grain belt. At Maker’s Malt, Bow has become a favorite.

Enns is a farmer himself, and the new barley varieties offer better agronomics. But with no market for unique barley, Enns decided to make his own market, in the form of Maker’s Malt. Later, with the assistance of a seed company and Beattie, he arranged for 14 Saskatchewan craft breweries to each brew a beer with Bow. They also supplied some of the new barley malt to two homebrew clubs.

If this grassroots effort sounds familiar, it should. Thinking small is how renegade brewers started shaking up the beer industry decades ago. But today’s mission reaches farther. Farmers now have the opportunity to grow barley with higher profitability because, working with smaller maltsters and brewers, they have a market for it. Maltsters and brewers, in turn, have a unique product with a story to tell, and they can trace their grain from field to faucet. This is good for everybody in the supply chain.

At Maker’s Malt, Enns agrees. “I would love for people to talk about barley varieties like people talk about wine grapes,” he says, “but we’re a long way away from that.”

Perhaps we are, but the seeds for a new barley industry have been planted. We just have to help them grow.

How Barley Is Bred

At Montana State University, Jamie Sherman heads up the team developing new barley varieties. The process she follows helps to show why it takes years for new breeds to become available.

Barley is self-pollinating, so after Sherman selects two varieties of barley to breed together, the first step is to remove the male parts from one and manually pollinate the female parts of the other. Breeders choose pairs from banks of the best material available, not just existing commercial varieties.

They might cross each parent-couple more than 100 times. Just like brothers and sisters from the same parents have different traits, so too do these 100 breeds of two barley parents. At any one time, as many as 20,000 different lines may be grown—more than 100 lines each from hundreds of crosses.

They grow these crosses in greenhouses for four generations, which helps to prevent the genes from changing once the barley is out in the field. Once out in the field, they will select only 10 to 20 lines of each cross—those exhibiting the traits sought from the parents.

They then grow these crosses several years in 14 locations across Montana, to test the agronomical merits across multiple seasons and geographic and environmental conditions. Promising crosses go to seed companies, which grow them to provide seed for farms, where the barley then, finally, can be grown in sufficient quantities to be tested for malting and brewing. Once these tested varieties show promise, the seed companies then need to grow several generations worth, just to have enough seed to sell in commercial quantities.

The whole process, from beginning to end, lasts at least 10 years; the latest Montana State new breed, a variety named Buzz, is a cross first made in 2009.

Throughout the whole process, genomic mapping is conducted in the hopes of making future breeding more efficient. “The cool thing that I love about breeding is that I have two tightly connected goals,” Sherman says. “We are trying to make barley better for some user—the farmers, maltsters, or brewers—and we’re trying to understand the genetics behind it. All stakeholders will benefit from this knowledge.”

How Homebrewers Can Get Involved

The first step toward getting involved is to talk to your favorite homebrew-supply shop. While most do not yet sell many malts based on specific barleys (other than some heirloom European varieties), make sure they know there is a demand for it, so that they can put pressure on their suppliers.

Next, search for and contact nearby craft maltsters. (Note: The Craft Maltsters Guild has a “Craft Malt Finder” map on its website, craftmalting.com.) Many sell directly to homebrewers, either in person or online. Often, the shop is at the malthouse on the farm, so this is a great way to connect with the ingredients in your beer.

The whole supply chain operates on certainty. Working with other homebrewers or your homebrew club, try to arrange a large order of malt, planning ahead to the extent possible. If there is enough demand for it, your local maltster could work with a farmer to arrange for an interesting barley variety to be grown and malted for your group, or they may include you in a project with a local brewery.

Speaking of which, try to find out whether any local breweries are working on any barley projects. If they are, it should be easy for homebrewers to get some of that malt. While the Bow Project in Saskatchewan was driven by Maker’s Malt, a homebrew club can just as easily be the catalyst for such a project, by coordinating with small brewers, a local maltster, and a farmer.

The bottom line: Keep asking about barley varieties. New ones are driven by demand, not supply. Some varieties to ask for include Genesis, Endeavor, Brewski, and Buzz (from the United States); and Bow, Synergy, Connect, Lowe, Copper, and Churchill (from Canada).

Editor’s Note: After researching this article but before publication, we learned that Proximity’s Dave Kuske, a source for this story, passed away in November. With a devotion to the technical side of malting and to teaching others at Siebel and the Master Brewers Association of the Americas, Kuske was a behind-the-scenes force for better beer. We here at Craft Beer & Brewing Magazine® wish to express our condolences to Kuske’s family and colleagues at Proximity.

Get to Know Your Malt

A malt analysis sheet gives you a glimpse under the hood to better understand what’s going on and how to optimize your process.