Sierra Nevada’s juicy autumn seasonal—Liquid Hoppiness—will drop before any of your leaves do.

As summer wanes and fall comes into focus, beer gets tricky. Some people wear that tank top until the bitter end, while others holler, “Bring on the flannel!”

The innovation team at Sierra Nevada Brewing Co., revamping its nationwide fall release, knew the recipe had to straddle a delicious line. What bridges their session hazy and winter classic Celebration? 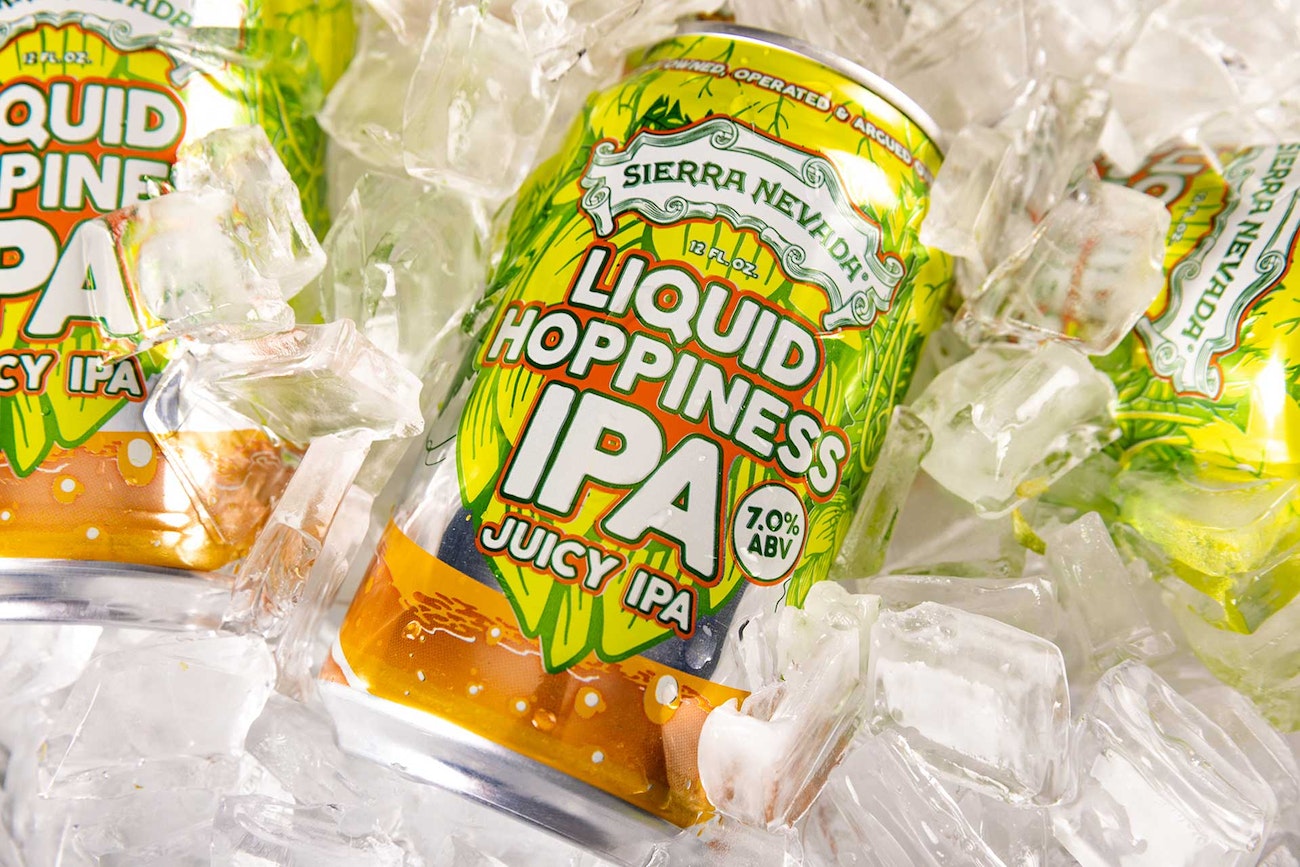 Centennial and Cascade varieties fill the kettle, imparting a baseline of grapefruit and orange. However, Conery is especially excited about the cold side of Liquid Hoppiness.

“It’s not the auto-tune of hops,” he laughs. “The combo we’re using for the dry-hopping [Sultana and Azacca] is an idea we got from one of our direct-to-consumer beers to get the juicy, pineapple-y flavors that we were looking for.”

The small-batch Sultans of Juice IPA, released online in March 2022, was an aha moment for Conery and team—Sultana is a powerhouse. Fused with Azacca in Liquid Hoppiness, the aromas erupt.

“We’re adding hops early during fermentation,” Conery says, “because we want the biotransformation of the hops that really brings out elements like stone fruit and juicy characteristics.”

Once the tank chills, James says, another dose of hops infuses the mouthwatering notes of fresh pineapple.

So, while summer heat still hangs in the air, in time the leaves will drop—just like this IPA’s overflowing flavor.

Better hold out your glass.

Use Sierra Nevada’s Beer Finder to track down Liquid Hoppiness. 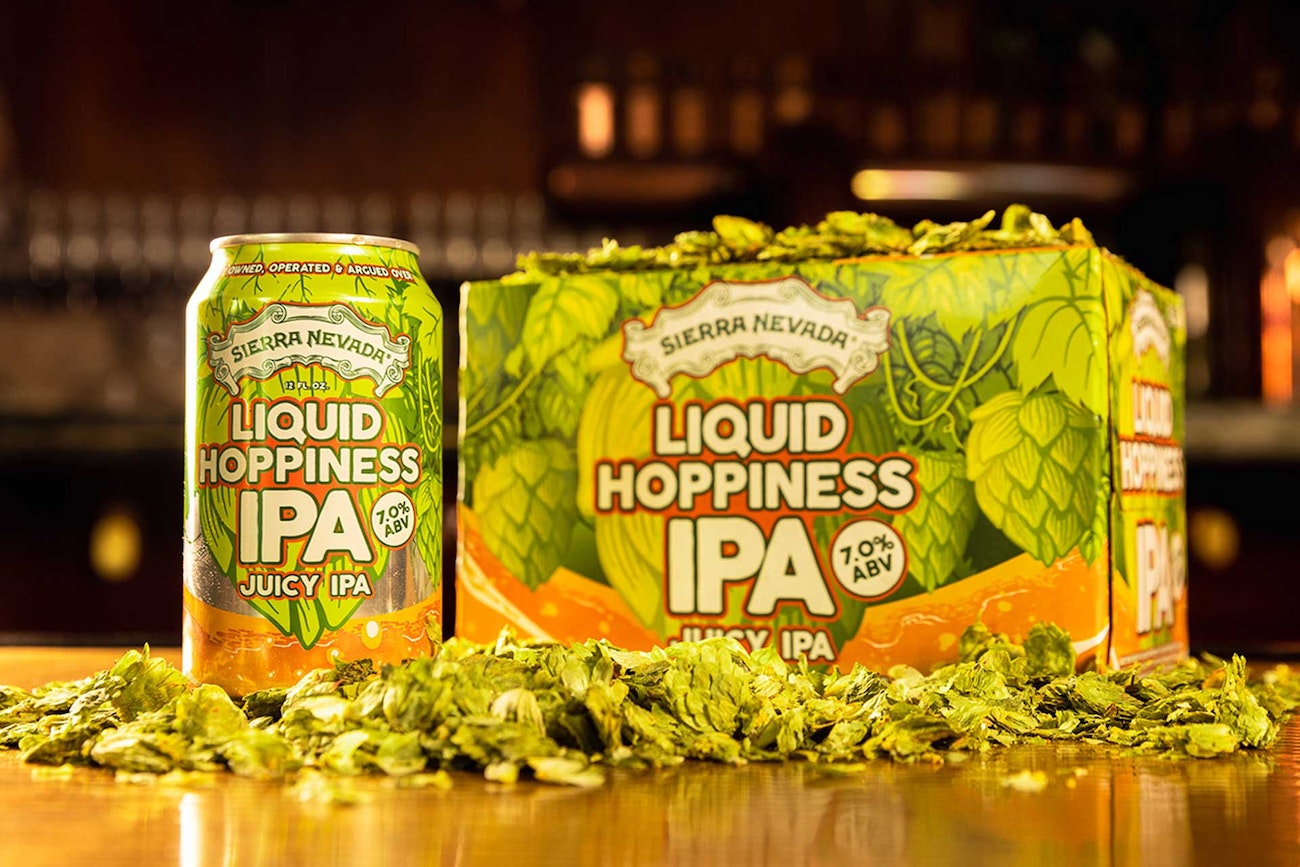