Podcast Episode 127: Kyle Matthias of Deschutes on their “All-In” Approach to Innovation Brewing

Kyle Matthias is assistant brewmaster of pilot brewing at Deschutes Brewery in Bend, Oregon. He oversees a production calendar of about 140 brews per year on the brewery’s 3.5-barrel pilot system. The potential for learning is immense.

If you visit the Deschutes Brewery taproom in Bend today, you can’t miss the innovation brewhouse. It’s right there in the front window to your left as you walk in, tucked beneath the towering fermentors that produce the brewery’s best-known brands. The system itself is remarkable—a seven-vessel automated system with two kettles and two whirlpools, so the brewers can split the wort stream after the mash. That is supported by a cellar of 13 nano-scale fermentation vessels and seven tiny brite tanks, all built with geometries that mimic the production brewhouse’s full scale vessels. Managing it all is Matthias, our guest on the podcast this week.

In this episode, he discusses the range of approaches to innovation employed by Deschutes, as well as some of the important lessons they’ve learned over the past year and a half of brewing intensively on the pilot system. The conversation includes:

“To commit to an expense as large as the pilot brewery definitely sends a message that we’re not just going to rest on our laurels,” Matthias says. “We know we need to continue to do things differently. We are continuing to deliver new products, and coming out with them faster and faster every year. (We) rely on emotion, passion, and gut instinct to come up with what could be the next disrupter in the industry.” 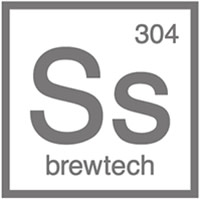 Veronica Vega, the head brewer at Dechutes Brewing Co. in Bend, Oregon walks us through the creation, trial, error, and eventual completion of the brewery's new light pilsner.